City Hunter is a manga series written and illustrated by Tsukasa Hojo. The story follows Ryo Saeba, a ‘Sweeper’ which is a private detective who works to rid crime in Shinjuku, Tokyo. After the death of his former partner, Ryo decides to take care of his late partner’s sister Kaori, who soon became his new partner. May it be, guarding or assassinating, the city hunters are not afraid to dirty their hands to protect the city! 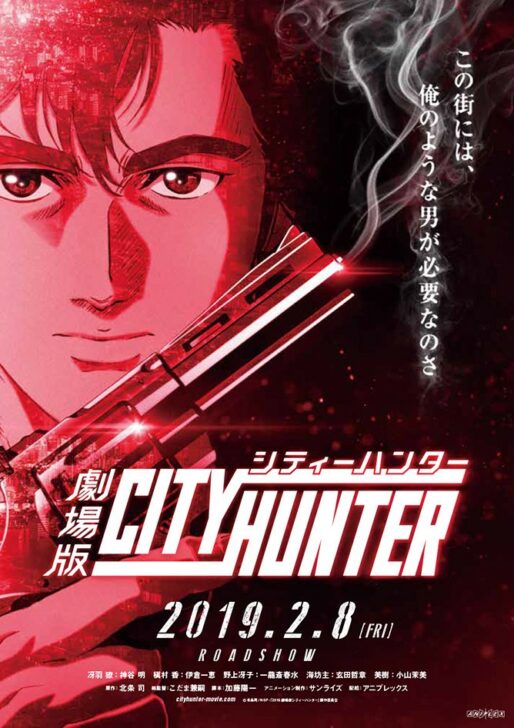 What is the Japanese title of City hunter?

The Japanese title is also called ‘City Hunter シティーハンター’ and it is written in English and Katakana. Both the words ‘City’ and ‘Hunter’ are written in Katakana because they are English words. 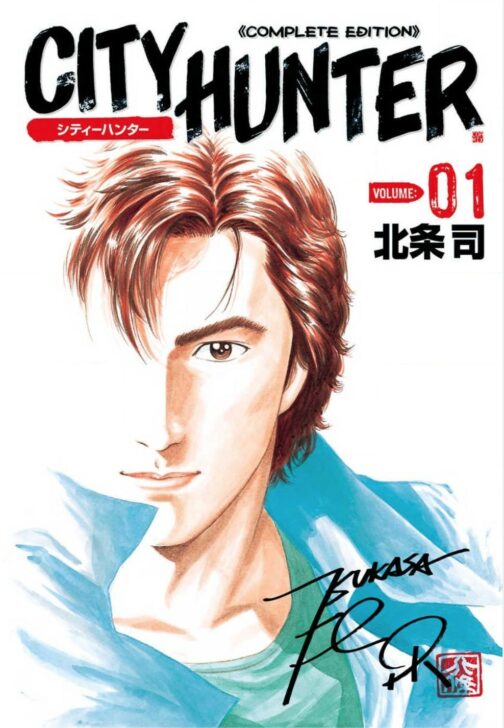 In Japanese culture, names have significant meanings that are supposed to represent you as a person. Names can be expressed in hiragana, katakana, and kanji. Let’s find out the meanings of some names of characters in City hunter. 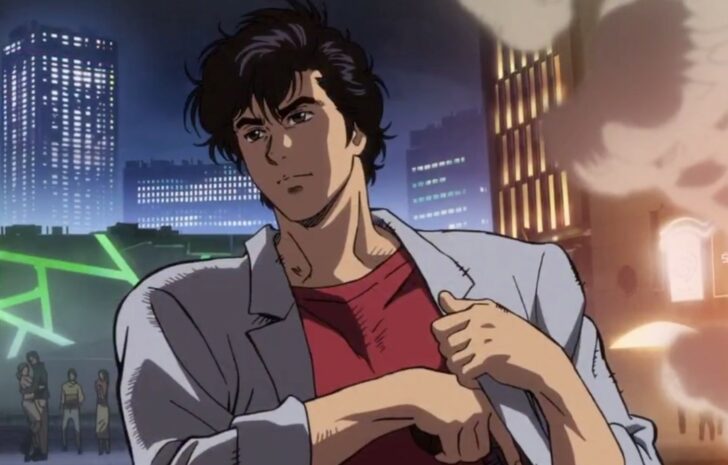 Ryo, the main character of this series is a skilled gunman. He formed the City hunter group with his former Partner to fight against crime. ‘Sae’(冴) means clear, ‘Ba’(羽) is a feather, and ‘Ryo’(獠) means to hunt in the dark. 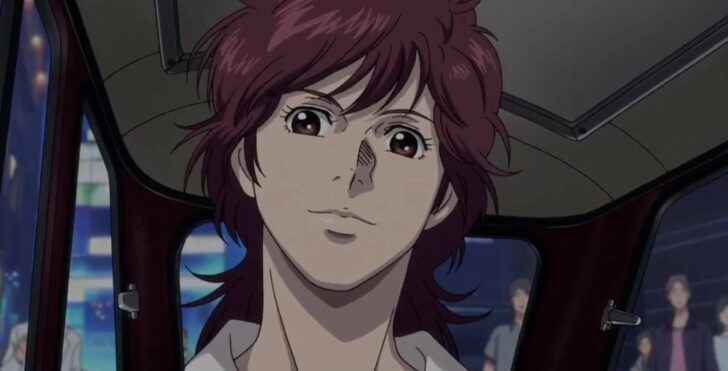 Kaori took over her brother’s position as Ryo’s partner. She is often mistaken as a boy from her appearance and tomboyish behavior. ‘Maki’(槇) is a type of tree, ‘Mura’(村) is a village, and ‘Kaori’(香) means fragrance. 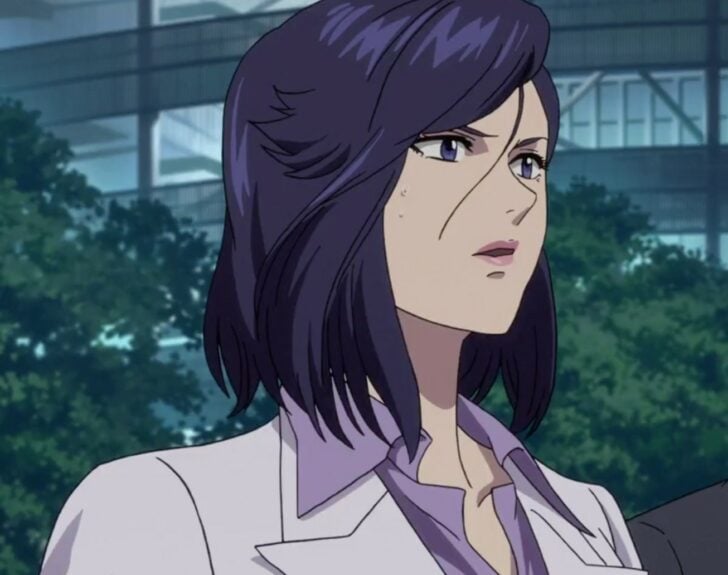 Saeko works for the Tokyo police force and is also a client of the city hunters. Ryo believes he is cursed by Saeko because her cases often lead to a dangerous situation. ‘No’(野) is a field, ‘Gami’(上) means up, ‘Sae’(冴) is clear and ‘Ko’(子) is a child and a common ending for girls names.

Umibozu, Ryo’s friend and rival, is a professionally trained soldier who works as a sweeper. His name Umibozu is a monster from Japanese folklore. ‘Umi’(海), is an ocean and ‘Bozu’(坊主) is a priest. Another meaning of Bozu is a shaved-headed person, and it is also used to call a young boy. 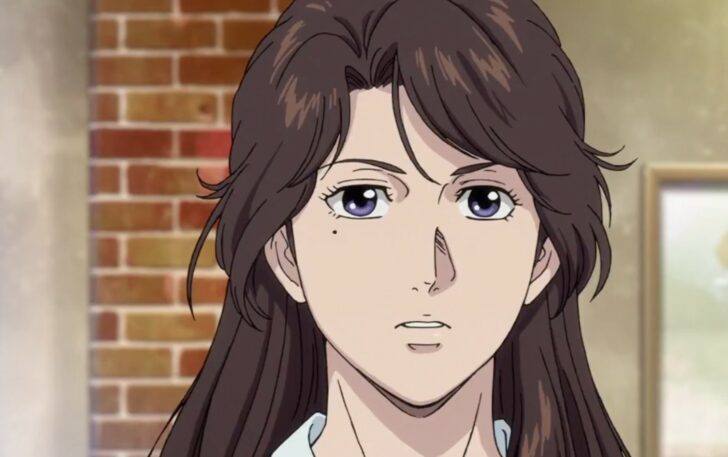 Last but not least, Umibozu’s wife and Partner, Miki. As an orphan, she was both raised and taught combat by Umibozu. She later grows into a very skilled soldier who knows how to deal with all kinds of weapons. Miki is also a very loyal person who won’t hesitate to help those in need, which makes her a great sweeper. ‘Mi’(美) means beauty and ‘Ki’(樹) is a tree.

Here are some useful phrases from City Hunter that will help you along with your Japanese studies! 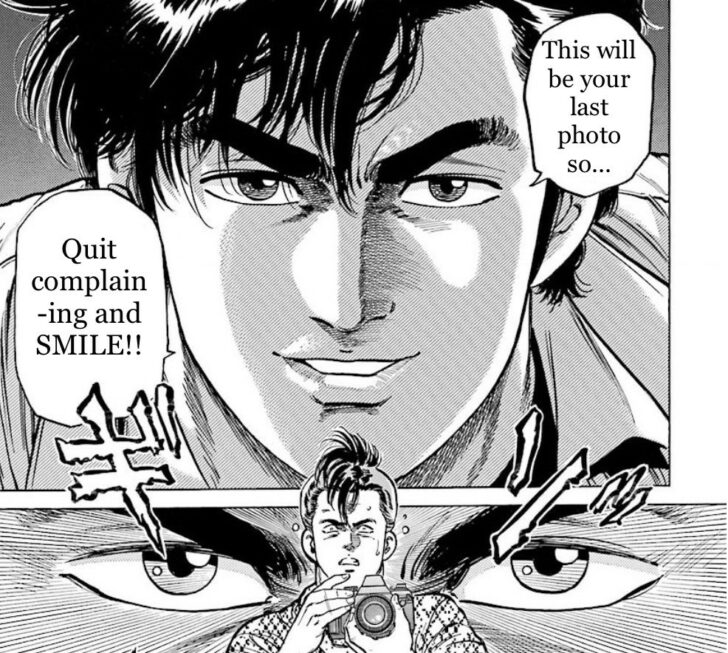 ‘Koitsu’ means this, ‘Omae’ is an informal way to call a person, and ‘Saigo’ is the last. ‘Kinen’(記念) means memorial and ‘Satsuei’(撮影) is a photoshoot. ‘Gata gata’ is one of the Japanese onomatopoeia which has several meanings such as, wobbly, uneven, and shiver. ‘Iu'() means to say and ‘Gata gata iu’(ガタガタ言う) means to grumble. ‘Iwazuni'(言わずに) is another way of saying ‘Iwanaide'(言わないで) which means don’t say. ‘Warau’(笑う) means to laugh and ‘Warae’(笑え) is to order someone to laugh.

‘Tou tou’(とうとう= 到頭) means finally but since it is written with two kanji’s each of them has different meanings. ‘Tou’(到) means coming to and ‘Tou’(頭) is head. ‘Hakujou’(白状) means to confess and ‘Shitana’(したな) is said when you ask someone if they did it.