Demon slayer. A story by Koyoharu Gotouge that takes place in the Taisho period about a young boy called Tanjiro and his sister Nezuko. Tanjiro lived a happy life with his five siblings and mother in the woods until one day when he goes to the village to sell charcoal a demon attacks his home killing everyone except his sister nezuko who got turned into a demon.

Tanjiro then joins the Demon slayers to find the demon that killed his family and to restore Nezuko back to her human self. 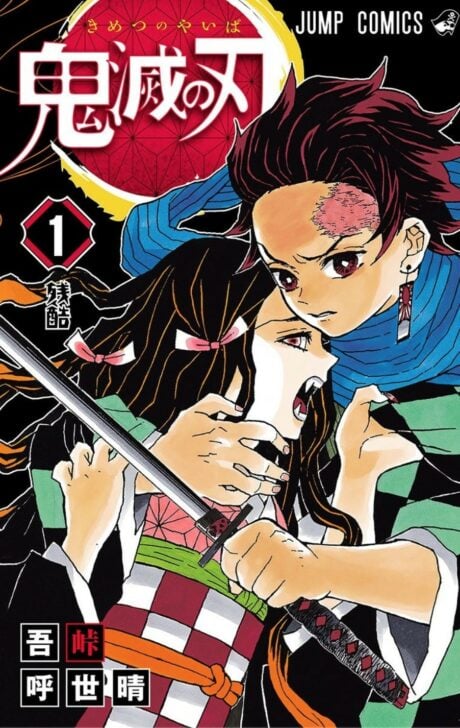 What is the Japanese title of Demon Slayer?

Demon Slayer isn’t the original title of this exciting anime.

Demon Slayer isn’t even the direct English translation of the real title in Japanese which is ‘鬼滅の刃’, (read ‘Kimetsu no yaiba’.) Perhaps the title Kimetsu no Yaiba which means ‘the blade of demon destruction’ is talking about the special weapon that the demon slayers use to defeat demons.

They get these blades called Nichirin Blades(日輪 刀) because Nichirin blades are made of the only material that can kill demons.

Why is it called Demon Slayer?

You may ask why is the English title called Demon Slayer since Demon slayer isn’t the translation of the real title ‘鬼滅の刃’ (Kimetsu no Yaiba) well here is why.

The English title doesn’t necessarily have to be the exact translation so it can be anything else relating to the anime.

The title ‘鬼滅の刃’ (Kimetsu no Yaiba) relates to Tanjiro and his friends bringing destruction to demons with their blade.

On the other hand, the title Demon Slayer relates to the jobs of the Demon slayers which in Japanese is ‘鬼殺隊’, (read ‘Kisatsutai’) 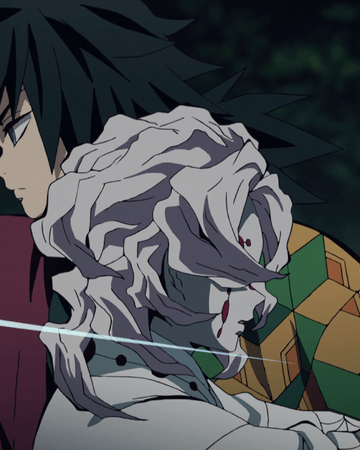 In Japanese culture, names have significant meanings that are supposed to represent you as a person.

Names can be expressed in hiragana, katakana, and kanji. Let’s find out the meanings of some names of characters in Demon Slayer. 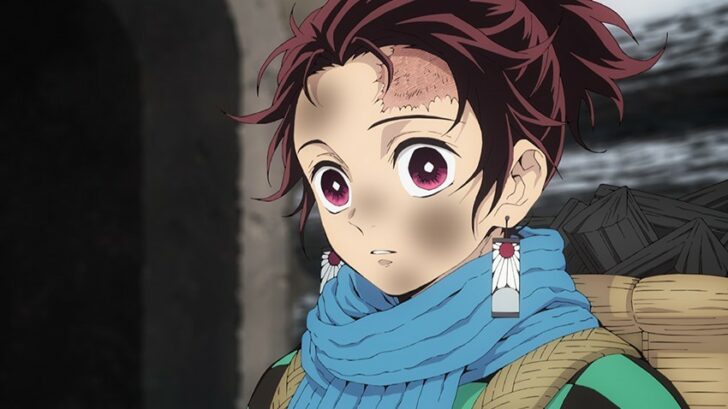 First of all the main character Tanjiro, Japanese kanji (炭治郎).

The Tan(炭) in Tanjiro means charcoal which is perfect because Tanjiro and his family sold charcoal to make money, the Ji (治) means to cure and the Ro (郎) is a typical kanji for young Japanese boys that’s put at the end of their names. 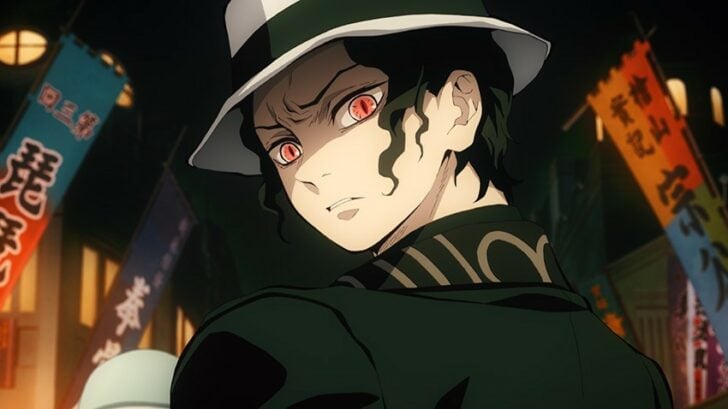 Next is the first and the worst demon Muzan, Japanese kanji (無惨).

The Mu (無) in Muzan means empty and the zan (惨) means tragedy, however, if you combine the two kanji’s it becomes one word, Muzan which means cruel or brutal.

This word describes Muzan perfectly since he shows no mercy. 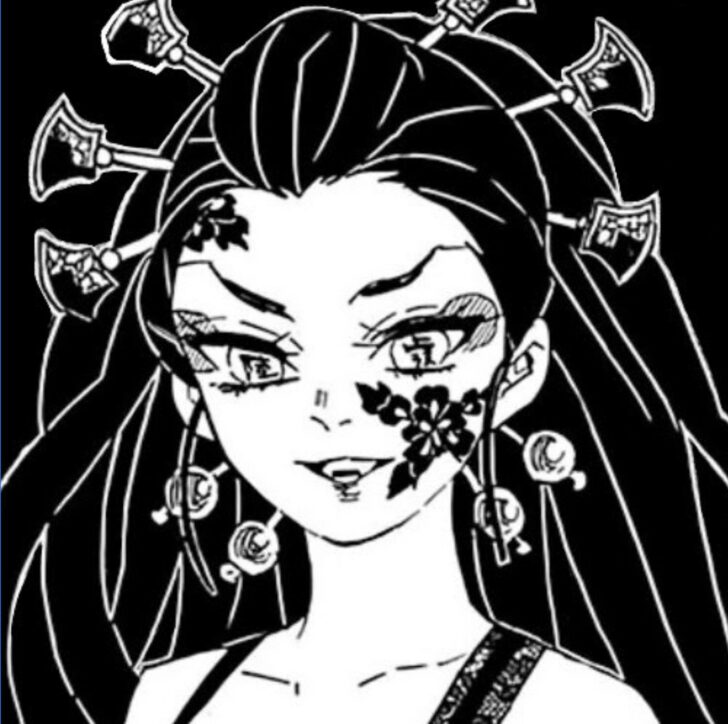 The Da(堕) in Daki means fall or fallen and the Ki(姫) means princess.

Her secret to her beauty was to only eat beautiful females so living as an oiran was the best choice.

The fallen princess, what a perfect name for her! 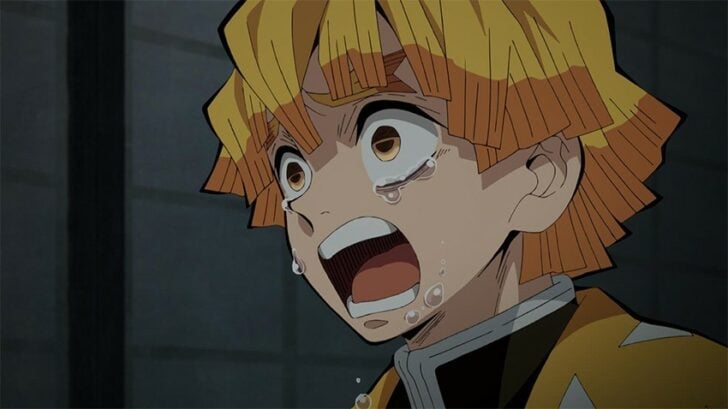 I think we had enough of demons. Zenitsu, Japanese kanji (善逸) the shy friend of Tanjiro and cry baby of the group.

The Zen(善) in Zenitsu means good and the Itsu(逸) means special or a unique individual.

Unlike the other characters, he managed to make it into the kisatsutai with the one and only form he can use.

Here are some useful phrases from the Demon Slayers which will help you along with your Japanese studies! 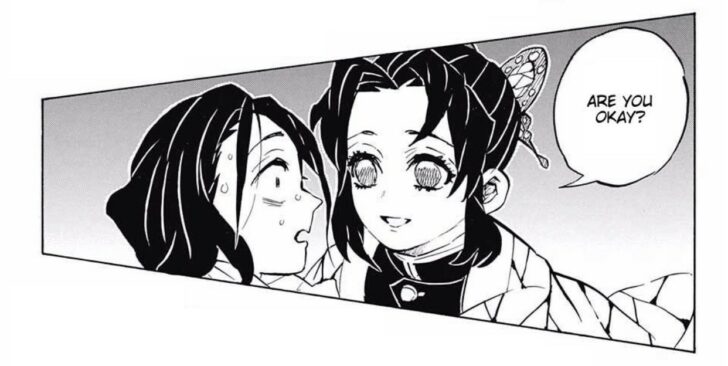 When you find people in need, make sure to use this phrase.

It will never hurt to be kind to others!

This is a four-character Japanese idiom.

In these types of idioms four characters that mean different things join up to create one meaning. 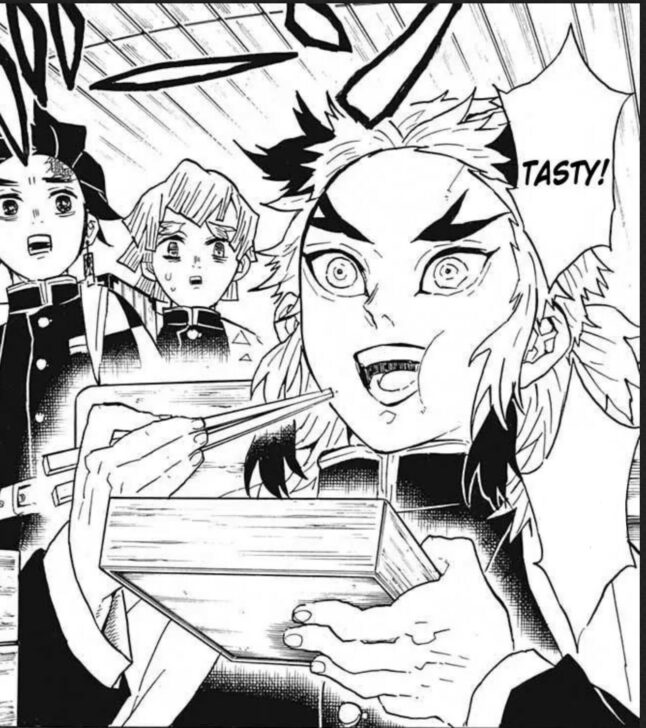 This is a way to say tasty in a snappier way.

To sound softer you can say おいしい! (Oishii)