Japanese names of characters from “Durarara!!”

Durarara!! is the anime adaptation of a popular novel series written by Ryohgo Narita and illustrated by Suzuhito Yasuda. A high school student named Mikado Ryugamine was bored with his life. Wishing for excitement, he moves to Ikebukuro, Tokyo to join Raira academy where his childhood friend Masaoki Kido attends. The story switches between the 11 main character’s points of view featuring the strange things happening in the big city which slowly starts to change Mikado’s life into an unusual one. 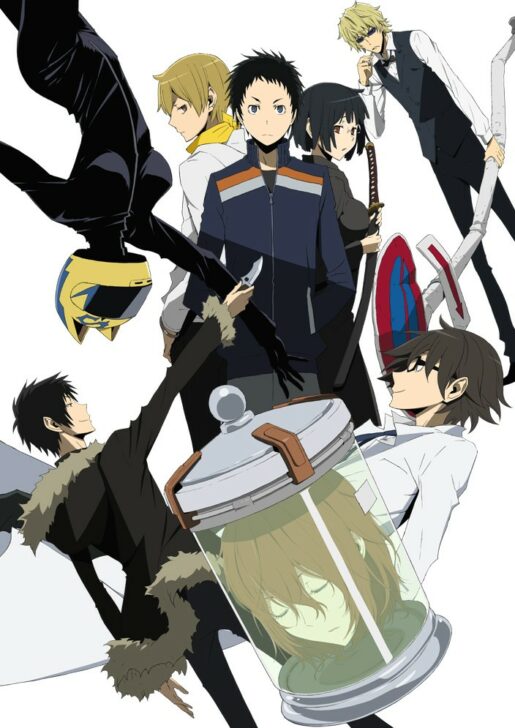 What is the Japanese title of Durarara?

The Japanese title of this series is ‘デュラララ!!, Durarara!!’. The anime is divided into 4 parts, it begins with ‘Durarara!!’, continues to ‘Durarara!! ‘承’(Shou), ‘Durarara!! ‘転’(Ten), and ends with Durarara!! ‘結’(Ketsu). These letters come from the word ‘起承転結’(Kishōtenketsu) which means the 4 major parts of a story. ‘Ki’(起) is the introduction of the story and the kanji means to wake up, ‘Shou’(承) is the development and the kanji means to accept, ‘Ten’(転) means to turn and it is the part of the story with a twist, and finally ‘Ketsu’(結) means the conclusion. 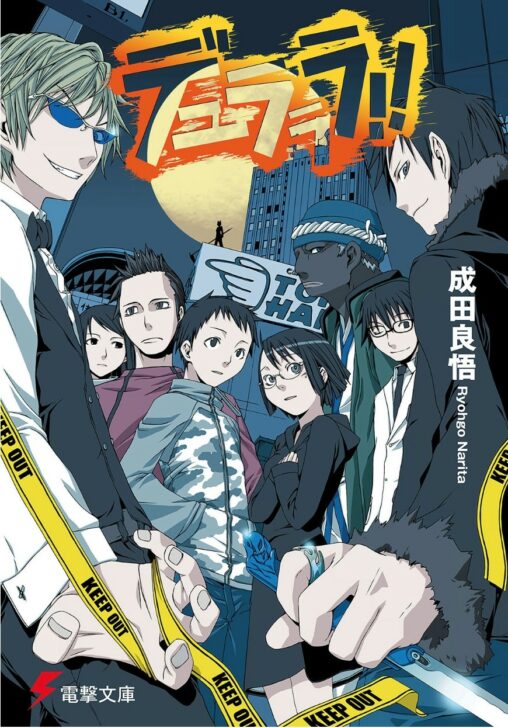 In Japanese culture, names have significant meanings that are supposed to represent you as a person. Names can be expressed in hiragana, katakana, and kanji. Let’s find out the meanings of some names of characters in Durarara!! 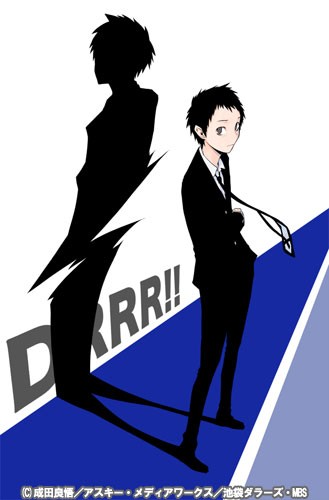 Mikado is a shy and kind boy who looks for an exciting life and later becomes the leader of the color gang. ‘Ryu’(竜) means dragon, ‘Ga’(ヶ) is a small Katakana-like letter which has no meaning itself but is often used to connect two letters, ‘Mine’(峰) is a peak, ‘Mika’(帝) is an emperor, and ‘Do’(人) is a person. 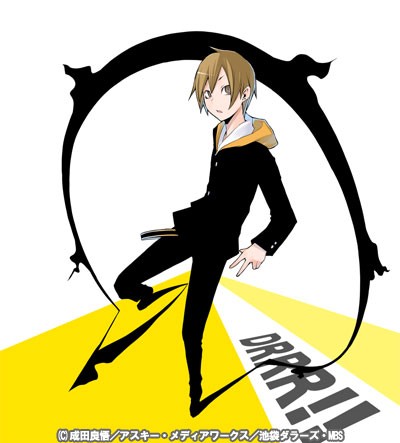 Masaomi, the leader of the yellow color gang is a cheerful young boy who invited Mikado to come to his school in Tokyo. ‘Ki’(紀) means era, ‘Da’(田) is a paddy puddle, ‘Masa’(正) means correct, and ‘Omi’(臣) is a retainer. 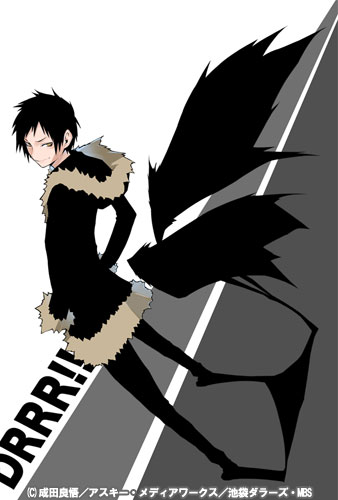 Izaya is a young man who sells information in Ikebukuro. He enjoys manipulating people in order to watch their reactions and is often the person behind miseries. ‘Ori’ (折) is to fold, ‘Hara’(原) means field, ‘Iza’(臨) means to deal and ‘Ya’(也) is a common kanji used at the end of boys’ names. 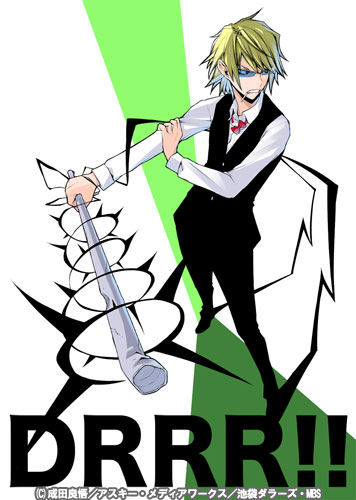 Shizuo is known as the strongest person in Ikebukuro. The two kanji’s ‘Heiwa’(平和) means peace, ‘Jima’(島) is an island, ‘Shizu’(静) means quiet and ‘O’(雄) is male. Unlike his name, he is violent and loses his temper very easily. 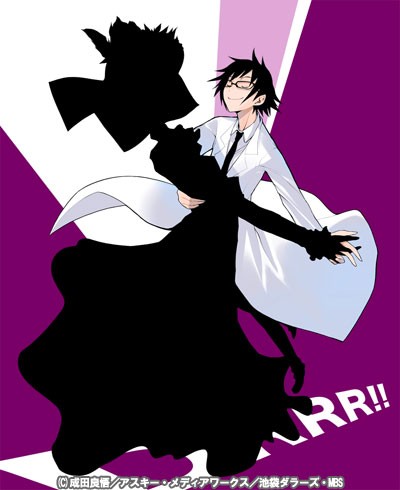 Shinra, is an underground doctor and a friend of Izaya and Shizuo. Most of the time he stays at home with his partner the ‘headless rider’. ‘Kishi’(岸) means the shore, ‘Tani’ (谷) is a valley, ‘Shin’(新) is new and ‘Ra’(羅) is a type of fabric.

Here are some useful phrases from Durarara!! which will help you along with your Japanese studies! 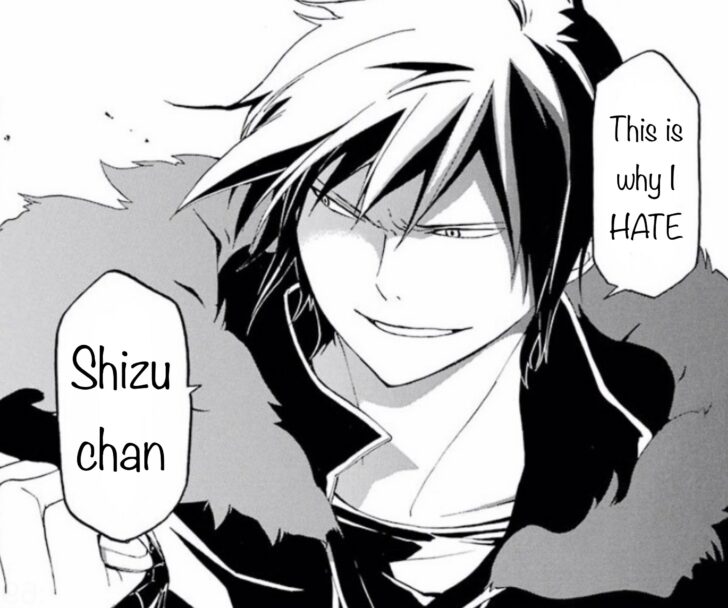 Izaya and Shizuo are arch enemies. ‘Kore’(これ) means this and ‘Dakara’(だから) means because. ‘Ore’(俺) is what boys call themselves. ‘Chan’(ちゃん) is a word to put after a name, it can be used for little girls or even as a nickname for a friend. ‘Kirai’(嫌い) means I don’t like and when you put ‘Dai’(大) which means big, it becomes ‘Daikirai’(大嫌い) which means Hate! 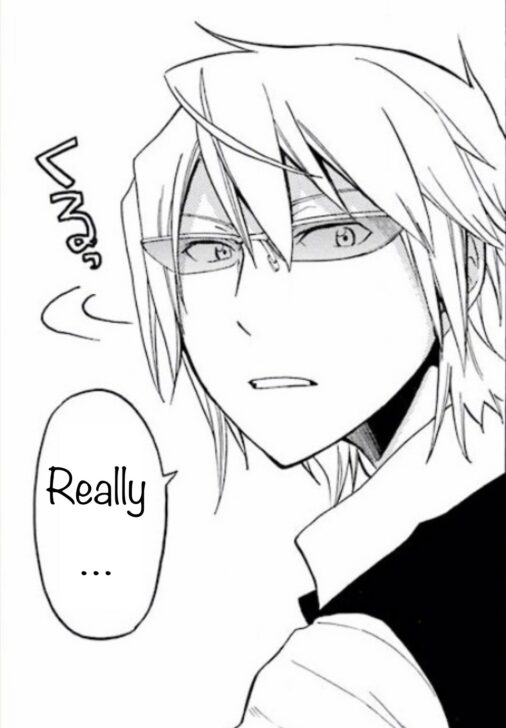 This is a short form of ‘Maji desu ka’ and is commonly used by Japanese youngsters. ‘Maji’ means serious and desuka is asking politely.