Fire Force, a story written by Atsushi Okubo that takes place in the burning city, Tokyo. Citizens mysteriously suffer from spontaneous human combustion throughout the city, causing chaos and destruction. Following his dreams of becoming a hero, Shinra joins the Special Fire Force which is responsible for snuffing out the inferno, and as part of Company 8, he’ll use his devil’s footprints to prevent the city from turning to ash. 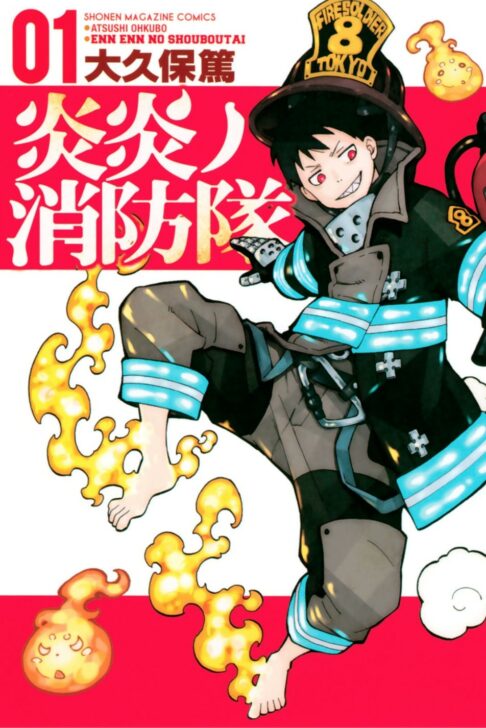 What is the Japanese title of Fire Force?

The Japanese title of this fiery story is ‘Enn Enn No Shōbōtai'(炎炎ノ消防隊). The exact translation would be Blazing Fire Brigade, however, the English title has been simplified to Fire Force. ‘炎, Honō’ means fire but when there are two of these kanji’s it means Blazing Fire. ‘消防隊, Shōbōtai’ is a fire department, ‘Shō’(消) means to erase, ‘Bō’(防) is to protect, and ‘Tai’(隊) means a unit.

In Japanese culture, names have significant meanings that are supposed to represent you as a person. Names can be expressed in hiragana, katakana, and kanji. Let’s find out the meanings of some names of characters in Fire Force. 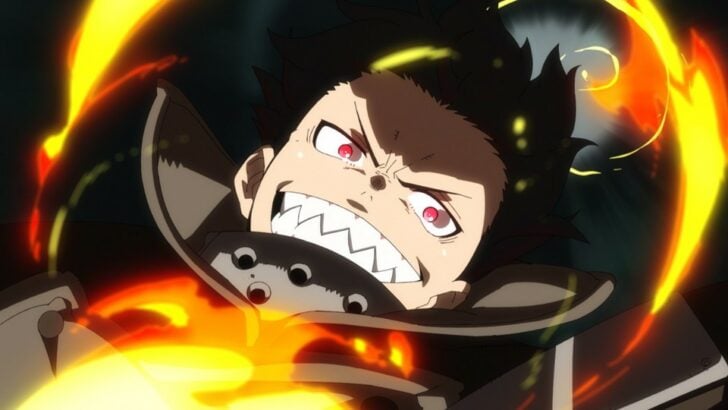 First of all, the main character Shinra. He is a brave fire soldier in the Special Fire Force, and won’t stop until he puts out all the fires in the city. ‘Shin'(森) means forest, ‘Ra'(羅) is a type of fabric, ‘Kusa'(日) means day, ‘Ka'(下) is down, and ‘Be'(部) means part. 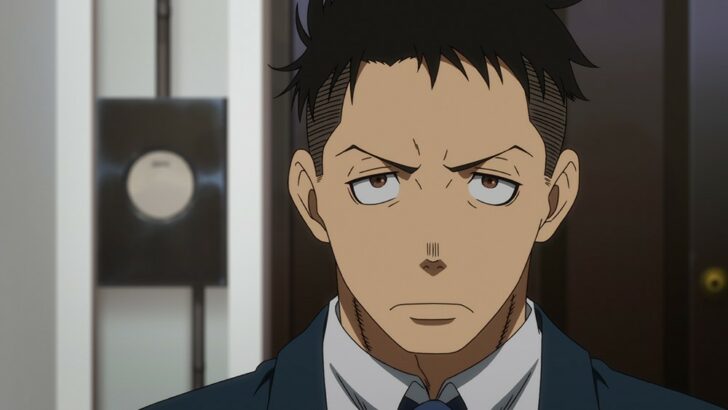 Next, the courageous leader of company 8 Akitaru. He has no special abilities but faces infernals and powerful foes without fear. ‘Aki'(秋) means autumn, ‘Taru'(樽) means barrel, ‘Ō'(桜) is a cherry blossom, and ‘Bi'(備) means to prepare. 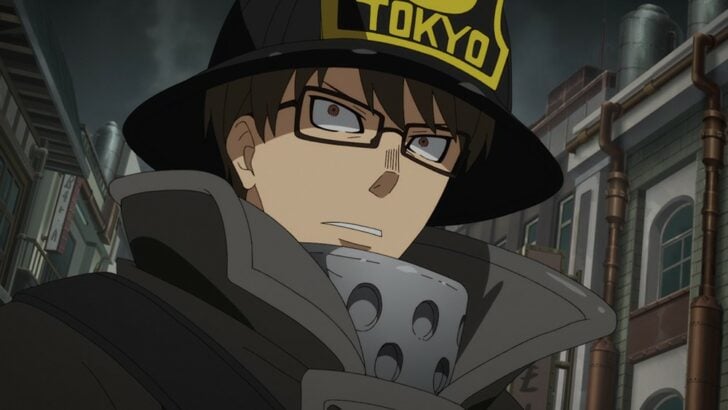 Now let’s look into the serious Takehisa. He intimidates others around him and almost always has a stern look on his face. He takes his job very seriously and never wastes his time by joking around. ‘Take'(武) means force, ‘Hisa'(久) means a long time, ‘Hi'(火) means fire, and ‘Nawa'(縄) means rope. 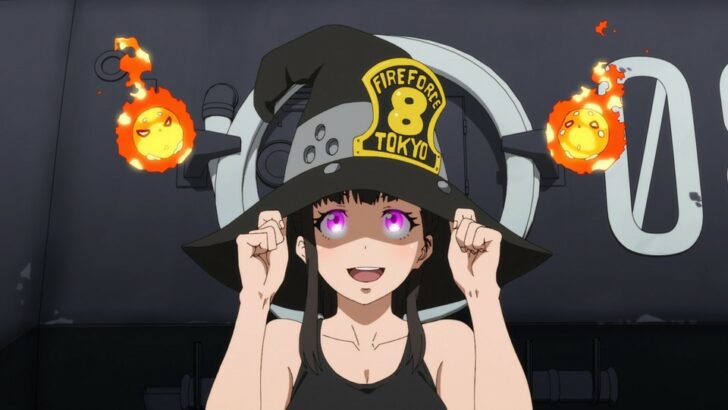 Next is Maki. Even though she is a firefighter she loves to play with fire. She looks up to Takehisa a lot since they are both former soldiers. ‘Ma'(茉) means jasmine, ‘Ki'(希) means rare, ‘O'(尾) means tail, and ‘Ze'(瀬) means shallow. 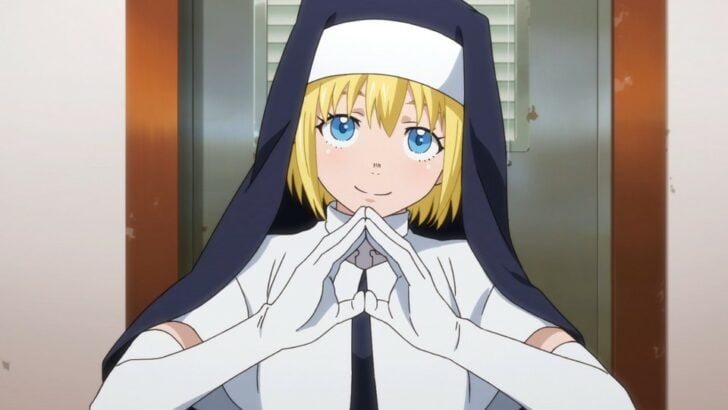 Sister Iris does not physically fight but shows bravery on the battlefield. Her job is to say a prayer to make sure that infernals get peaceful rests. ‘Iris'(アイリス) is in katakana because it is not a Japanese name. 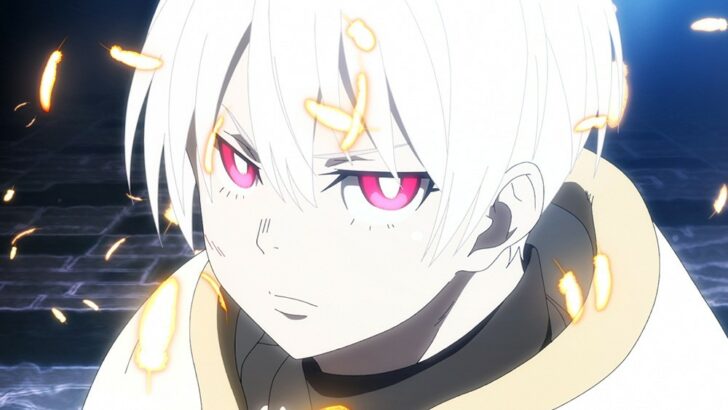 Last but not least, Shinra’s supposedly dead brother Sho. When he was a baby he got taken by the White-Clad so he has no memory of his brother. Sho is cold and quiet, the exact opposite of his loud and energetic brother. ‘Shō'(象) means a phenomenon.

Here are some useful phrases from Fire Force that will help you along with your Japanese studies! 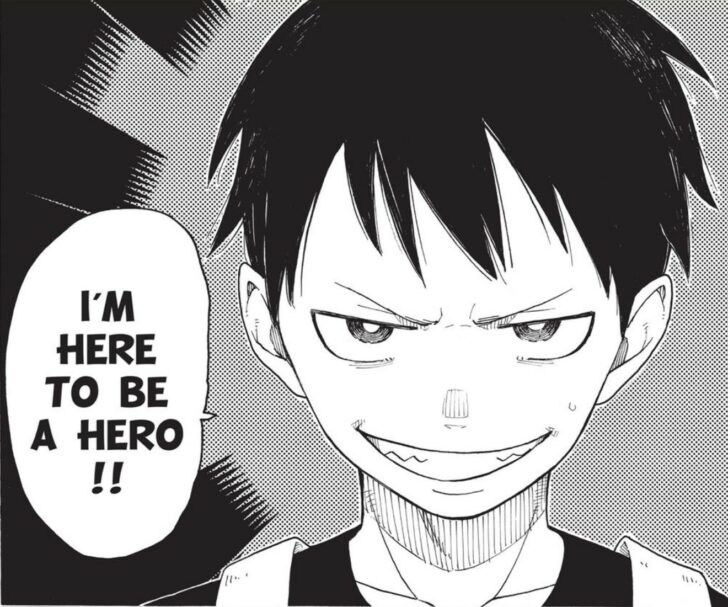 ‘Ore’(俺) is a way to call yourself mostly used by boys because it is rough and informal, to say it in a polite way you say ‘Watashi’(私). ‘Hīrō’(ヒーロー) is written in katakana because it is an English word, ‘Narini’(なりに) means to become, and ‘Kimashita’(きました) means came. ‘Kita’(来た) is the impolite version of ‘Kimashita’ and ‘Kuru’(来る) means coming.

As mentioned before, Maki who is a firefighter loves to play with fire, and here, she is getting scolded by her senior. ‘Shōbōkan’(消防官) means firefighter and ‘Hi’(火) is fire. ‘Asobu’(遊ぶ) means to play and when you add a ‘Na’(な) it becomes ‘Asobuna’(遊ぶな) which means don’t play. ‘Hai’(はい) simply means yes.