The story takes place in a fictional future where human beings were forced to live in underground villages completely cut out from the surface world. Under the threat of earthquakes and roof fall, they had to keep on digging to survive. One day a young boy named Simon discovers a glowing drill shaped key and a mysterious Gunmen (robot). Suddenly the ceiling crashed and a huge Gunmen started to attack them. With the help of a girl who appeared from the surface world, Simon activates the robot with the drill shaped key and defeats the Gunmen. Curious Simon and Kamina headed to the surface world and learned that the world was taken over by the Spiral King Lordgenome. 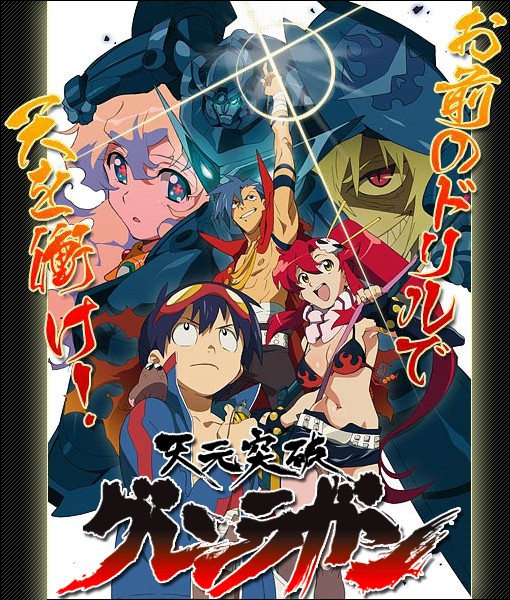 What is the Japanese title of Gurren Lagann?

The Japanese title is called ‘天元突破グレンラガン’ (Tengen Toppa Guren Ragan). ‘Tengen’(天元) means the origin of life and ‘Toppa’(突破) is to breakthrough. ‘Guren Ragan’ is the name of the machine with a huge drill. 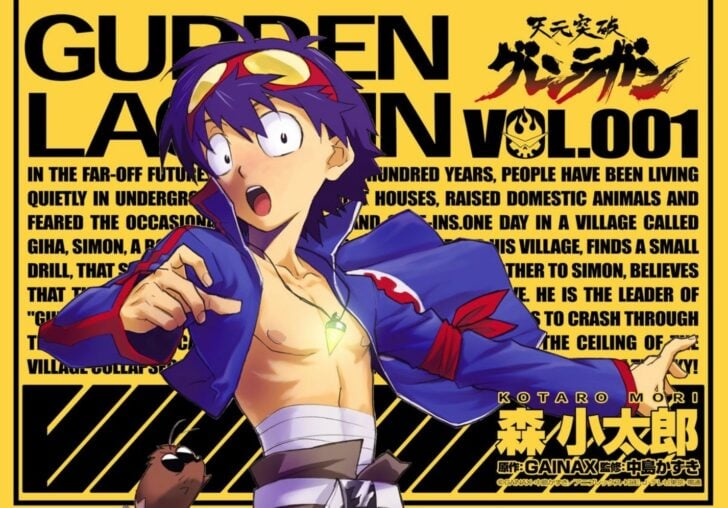 In Japanese culture, names have significant meanings that are supposed to represent you as a person. Names can be expressed in hiragana, katakana, and kanji. Let’s find out the meanings of some names of characters from Team Gurren! 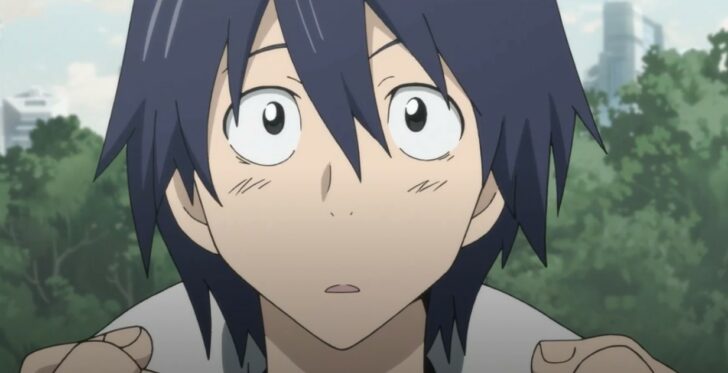 Simon, the main character of this exciting series grew up in an underground village, digging towards his dream to be on the surface one day. The origin of his name Simon came from the word ‘Shimo’(下) which means down. 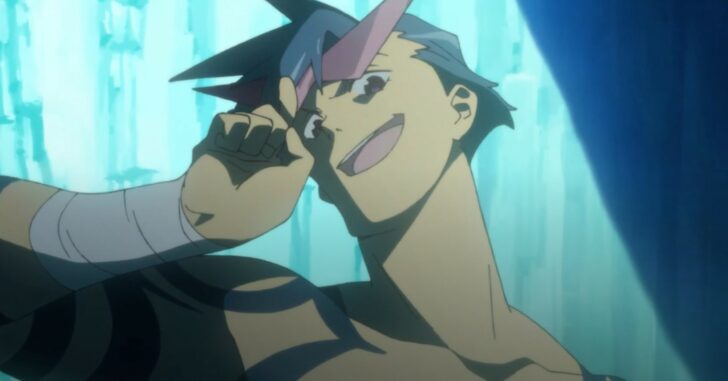 Kamina is a charismatic young man from the underground village. He is the leader of team Gurenn who fights against Lordgenome. The origin of his name Kamina is from the word ‘Kami’(上) which means up. 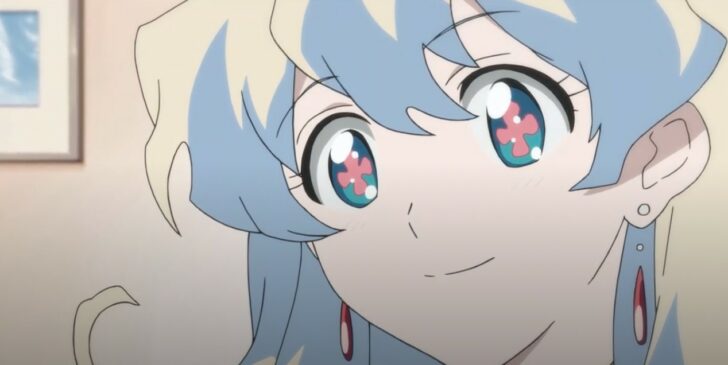 Yoko came from the underground village next to Simon and Kamina’s village. She is a skilled sniper in team Gurenn. Yoko’s name came from the word ‘Yoko’(横) which means ‘Next To’. This is a common Japanese girl’s name and there are many other ways to write Yoko.

Kittan, leader of the hunter group ‘Black Siblings’ is an energetic and aggressive young man. The origin of his name came from the word ‘Tanki’(短気) which means short-tempered. 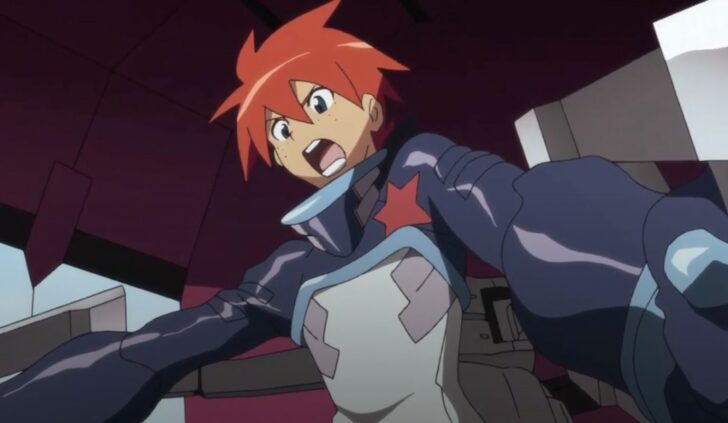 Gimmy is one of the ace pilots in the Grapearl squad who later joins team Gurren to support Simon. His name Gimmy is derived from the word ‘Migi’(右) which means the right. 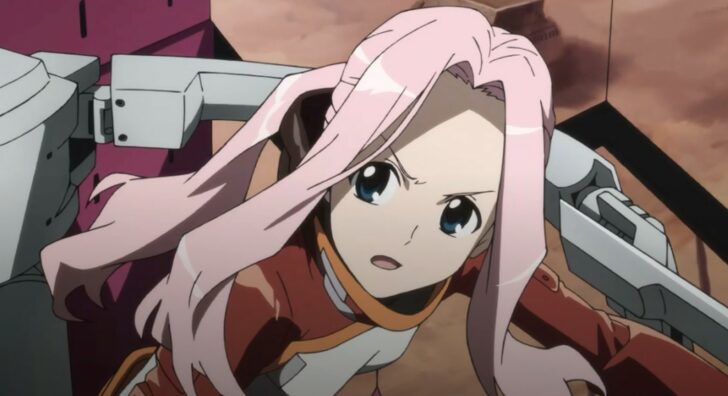 Gimmy’s younger sister Darry is also one of the ace pilots in the Grapearl squad. The twins have a special bonding and are always together even when they join team Dai Gurren. Darry’s name is derived from the word ‘Hidari’(左) which means the left.

Here are some useful phrases from Gurren Lagann that will help you along with your Japanese studies! 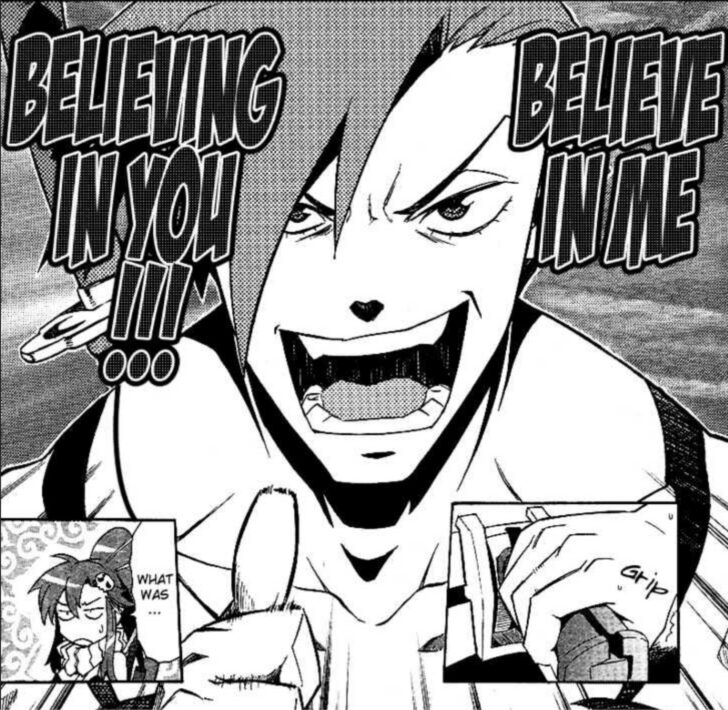 ‘Omae’(お前) is a way to call a person but it is rude to use it against strangers or people you are not so close to. ‘Ore’() is a way boys call themselves.
‘Shinjiru’(信じる) is to trust and ‘Shinjiro’(信じろ) is to tell a person to trust!