Kuroko’s Basketball. A story by Tadatoshi Fujimaki about a High school student named Tetsuya finding the reason for playing basketball. Kuroko and his former team split up and each member went to different schools after they had a disagreement about their motive. Kuroko then wonders why he wasg basketball and sets out to find the meaning with
his new team. 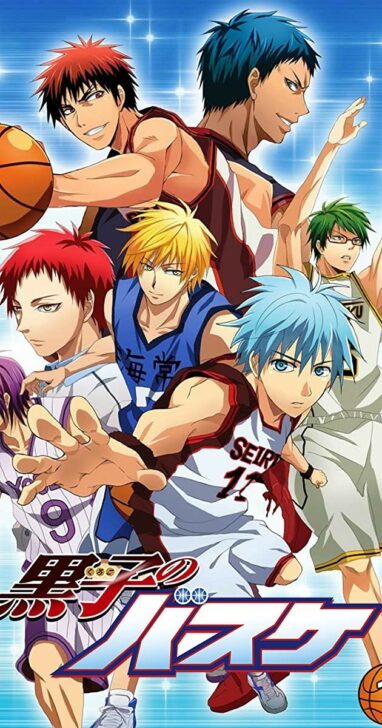 What is the Japanese title of Kuroko’s basketball?

The English title ‘Kuroko’s basketball’ is the exact translation of the Japanese title which is ‘黒子のバスケ’(read Kuroko no Basuke), however, another translation which is not exact but appears in the artwork of the Japanese version is ‘ The Basketball which Kuroko Plays’. The English title relates to the journey that Kuroko has in basketball. What a great title for this fantastic anime. 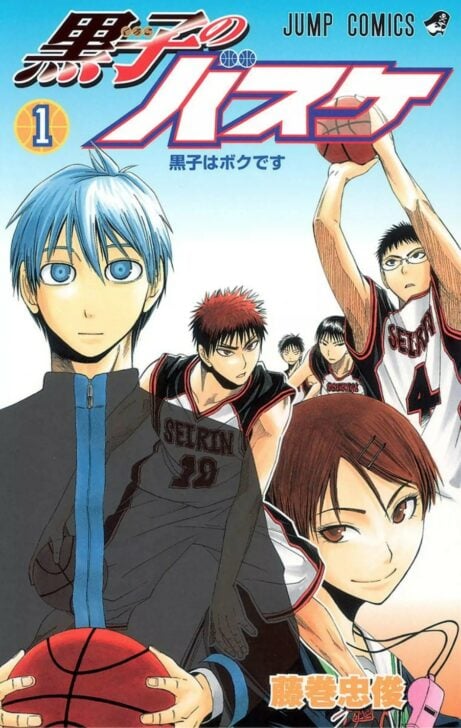 In Japanese culture, names have significant meanings that are supposed to represent you as a person. Names can be expressed in hiragana, katakana, and kanji. Let’s find out the meanings of some names of characters in Kuroko’s basketball. 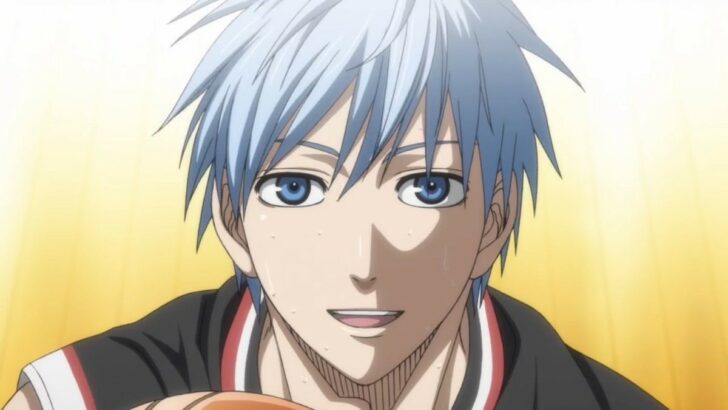 First of all the main character Kuroko Tetsuya, Japanese kanji (黒子テツヤ ).
‘Tetsuya’ (テツヤ) is written in katakana so it has no particular meaning just like his ghostly presence. ‘Kuroko’ is Tetsuya’s last name. The ‘Kuro’(黒) in Kuroko means black and the ‘Ko’(子) means a child. The kanji ‘Ko’ is usually used at the end of a girl’s names however some boy’s names are exceptions. 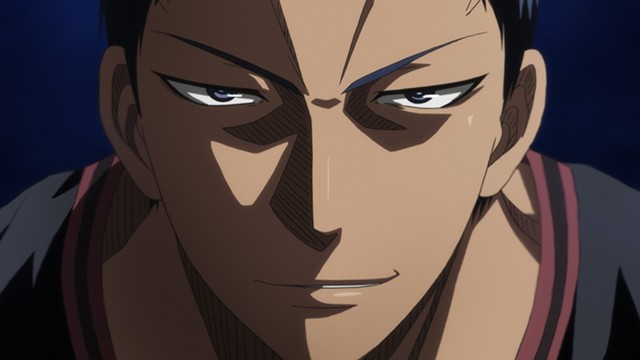 Next is one of Kuroko’s former teammates, Aomine Daiki, Japanese kanji (青峰 大輝). The ‘Dai’(大) in Daiki means Big and the ‘Ki’(輝) means to shine or glow. Aomine is Daiki’s last name and the ‘Ao’(青) means blue which makes sense since Daiki has blue hair. On the other hand, the ‘Mine’(峰) means the peak of the mountain. 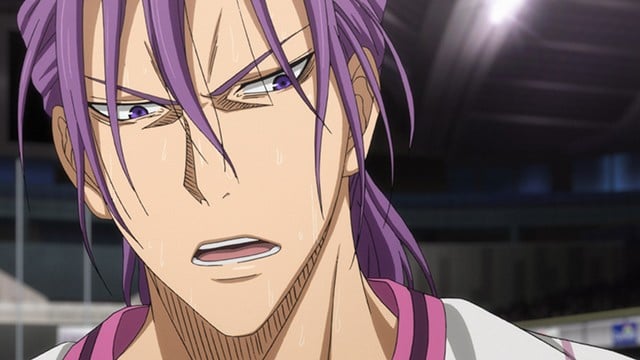 Let’s look into another one of Kuroko’s former teammates, Murasakibara Atsushi Japanese kanji(紫原 敦). ‘Atsushi’(敦) has many syllables but it is only one kanji. Atsushi means Generous or caring. Murasakibara(紫原) is Atsushi’s last name. ‘Murasaki’(紫) means purple which relates to Atsushi’s purple hair and ‘Bara’(原) means field. 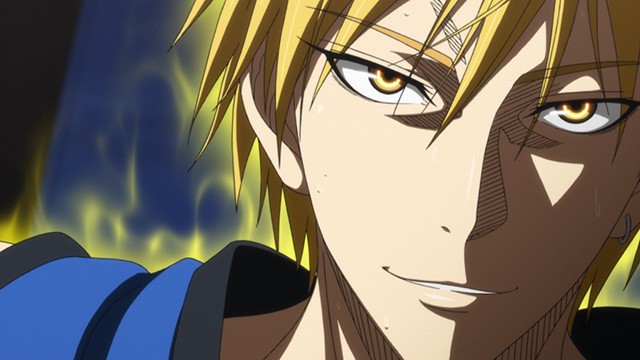 Following by Kise Ryouta, Japanese kanji (黄瀬 涼太). The ‘Ryou’(涼) means cool or chilly and the ‘Ta’(太) is a typical kanji that you put at the end or sometimes in the middle or start of boys’ names but separately the kanji ‘Ta’ (太) means extremely big. This kanji is also used to write Sun (太陽) which is bright yellow like Ryouta’s hair. Kise’(黄瀬) is Ryouta’s last name. The ‘Ki’ (黄) means yellow and the ‘Se’(瀬) means shallow. 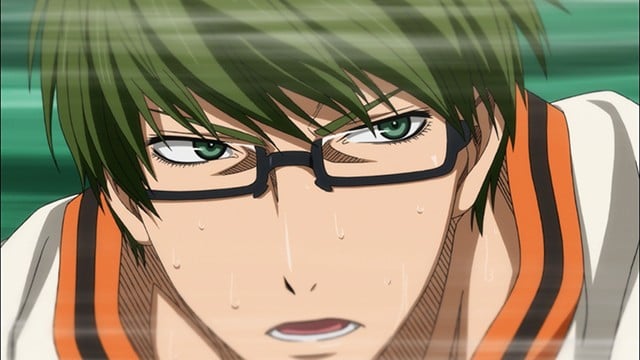 Last but not least Midorima Shintarou, Japanese kanji (緑間 真太郎). ‘Shin’(真) means true, ‘Ta’(太) means extremely big and the ‘Rou’(郎) is a kanji that is put at the end of boys’ names. ‘Midorima’ (緑間) is Shintaro’s last name. ‘Midori’(緑) means green which points out to his hair colour and ‘Ma’(間) means space.

Here are some useful phrases from Kuroko’s basketball which will help you along with your Japanese studies! 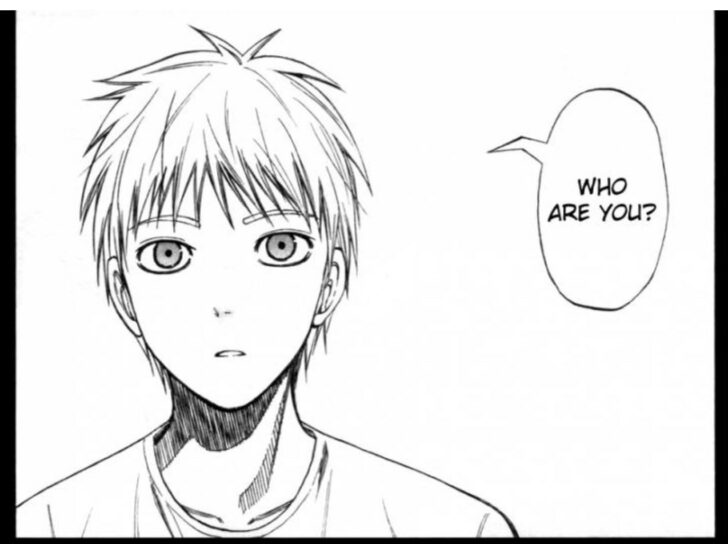 You shouldn’t be talking to strangers but you use this phrase when you don’t know who somebody is. 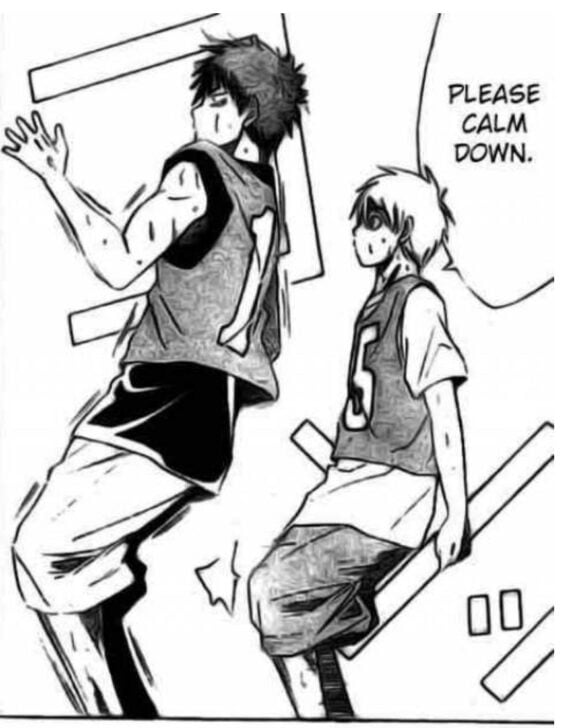 If somebody is stressed you can tell them “Ochi tsuite”. You should always try and support others if you can! 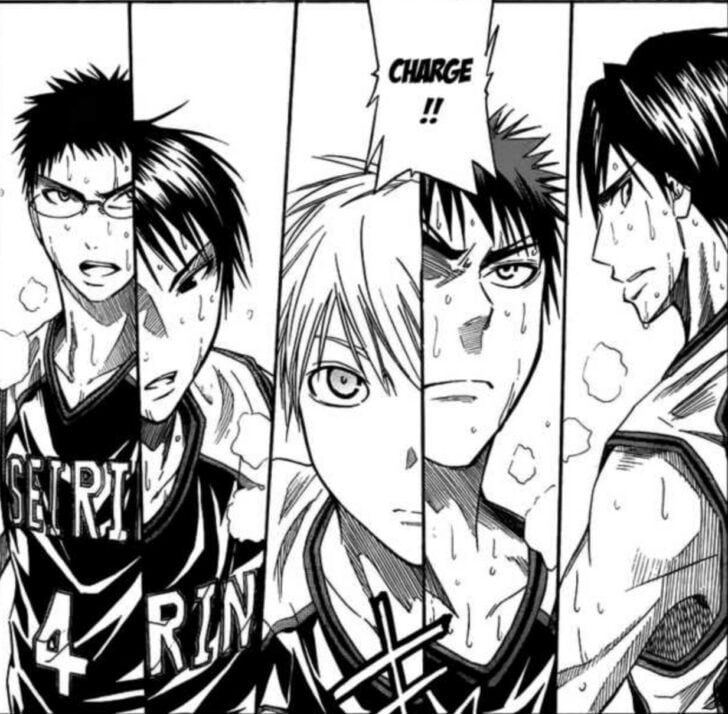