One-Punch Man, a manga series written by ONE and illustrated by Yusuke Murata. As the title of this wonderful series hints, the story follows a young man named Saitama who can beat his foes in a single punch. Saitama started by doing Hero work as a hobby but barely made it out alive after each battle. Wishing for more strength he trained like crazy and ended up training so hard that all his hair had fallen out and he had gotten inhuman strength. However, along with his super strength came overwhelming boredom. To get rid of the dullness, Saitama decides to join the Hero Association to find a worthy opponent and to get his name out into the world. Not long after, the world suffers from an alien invasion. It took almost all the S class heroes to defeat a mere alien while it only took Saitama to take out the whole ship as well as the boss. How strong is Saitama? And how much stronger can he get? Those are the questions the Heroes and Saitama ask themselves. 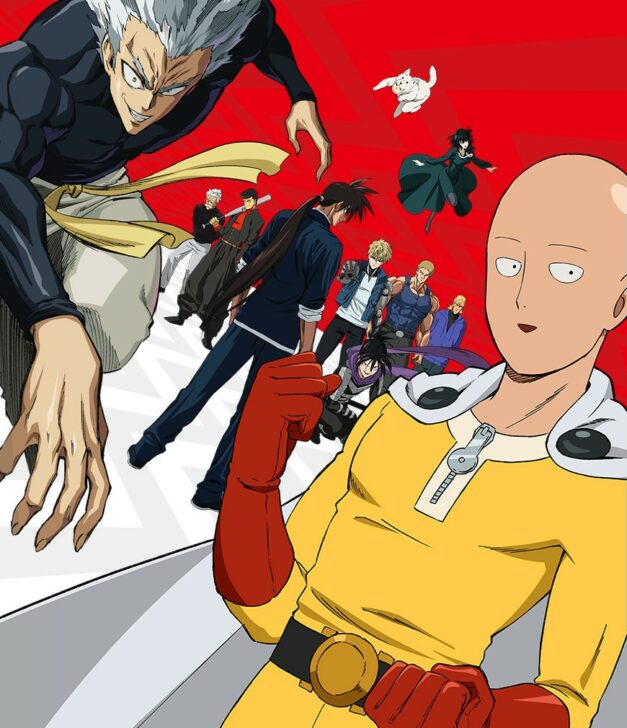 What is the Japanese title of One-Punch Man?

The Japanese title of ‘One-Punch Man’ is ‘ワンパンマン, Wanpanman’. ‘Wanpanman’ is the shortened version of the English title. It is simplified because Japanese people like to shorten words to make it more catchy and they usually become trends. Some examples of simplified anime titles are: 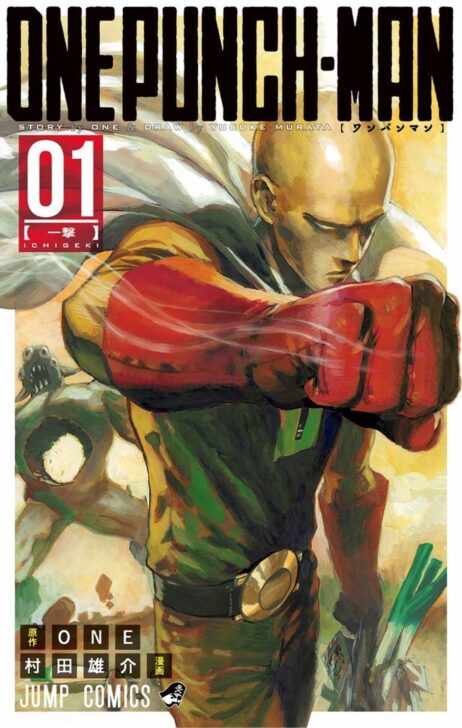 In Japanese culture, names have significant meanings that are supposed to represent you as a person. Names can be expressed in hiragana, katakana, and kanji. Let’s find out the meanings of some names of characters in One-Punch Man. 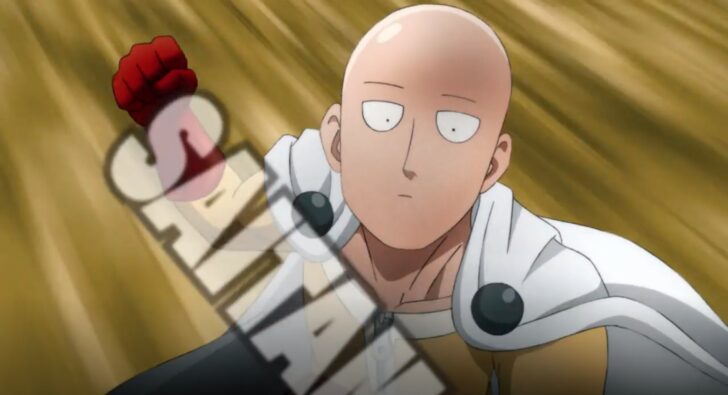 First, let’s start with the strongest hero alive, Saitama. Despite being able to defeat the strongest of enemies in one punch, people don’t recognize him as a hero because of his dull looks and unattractive bald head. People also think that Saitama is not strong but the enemy is weak because he can take them out in a single punch. Saitama(埼玉) is a prefecture of Japan located just North of Tokyo. 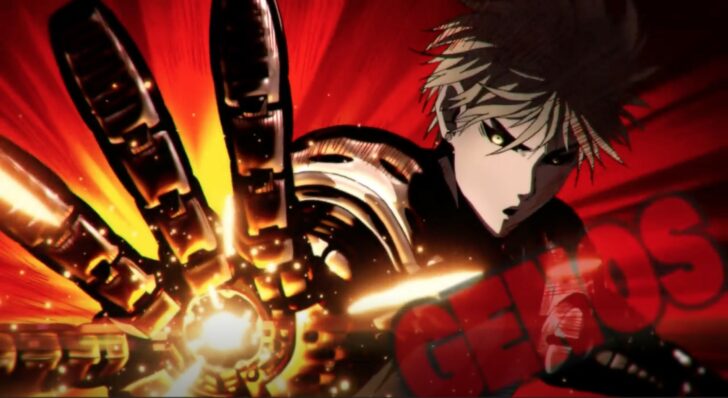 Now let’s look into Saitama’s loyal disciple, Genos. After losing his family to a cyborg, Genos decided to become one to get revenge for his family. However, Genos knows nothing about the cyborg except that he is very strong so Genos trains to get stronger by defeating monsters and learning from his master Saitama. His name is written in Katakana so it is hard to tell the meaning. 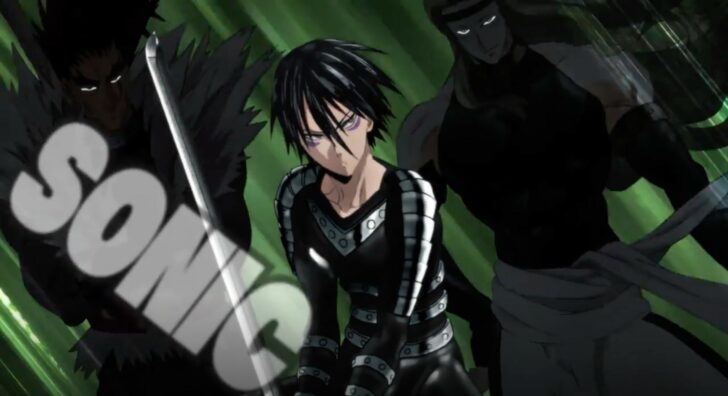 Last but not least the speedy Sonic. Sonic, whose speed had never been matched, was stunned to be beaten by Saitama multiple times. After his utter defeats, Sonic trained harder than before to beat Saitama and even went as far as eating a monster cell hoping to gain super-power. However, Sonic did not turn into a monster but suffered from tummy aches. ‘Onsoku’(音速) is the speed of sound and ‘Sonic’(ソニック) is written in Katakana because it is an English word that means the speed of sound.

Here are some useful phrases from One-Punch Man that will help you along with your Japanese studies! 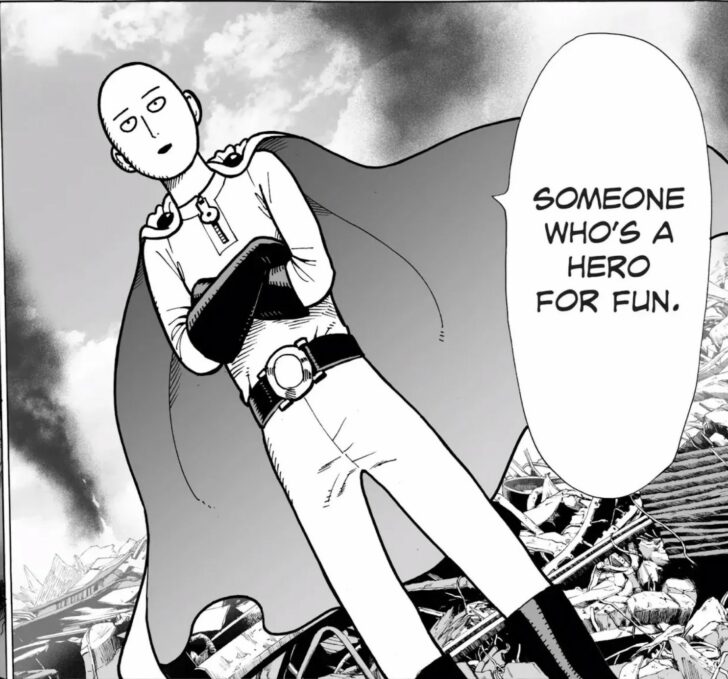 Do you have a hobby? Well, Saitama does and it’s being a hero! ‘Shumi'(趣味) is a hobby or interest but if you add a ‘De'(で) after it, it means you are doing something ‘For a hobby’, and ‘Hirō'(ヒーロー) is an English word so it is written in katakana. ‘Yatteiru'(やっている) is doing, ‘Mono'(者) is a person. 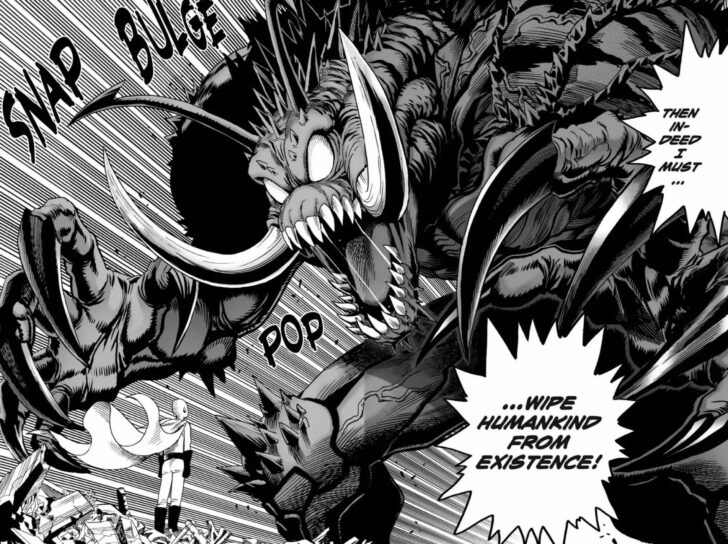 ‘Yahari’(やはり) means indeed, ‘Ningen’(人間) is human, ‘Nedayashi’(根絶やし) means to wipe out, ‘Suruhoka nai’(するほかない) means no choice. Even monsters like this one, stand no chance against the mighty Saitama!