Tiger & Bunny is an original anime series produced by Sunrise and the character design is by Masakazu Katsura. It is about two heroes named ‘Kotetsu T. Kaburagi’ who goes by ‘Wild Tiger’ and ‘Barnaby Brooks Jr.’ The two were forced to work together to fight crime, however, it was hard for them to get along as they had totally different mindsets. While Kotetsu was a hero by heart, Barnaby was looking for clues to his parent’s mysterious death. All heroes have brand logos on their suits and are broadcasted on a TV show called ‘Hero TV’. They use real existing brands who are the actual sponsors of this series so they have picked a very interesting way to advertise them! 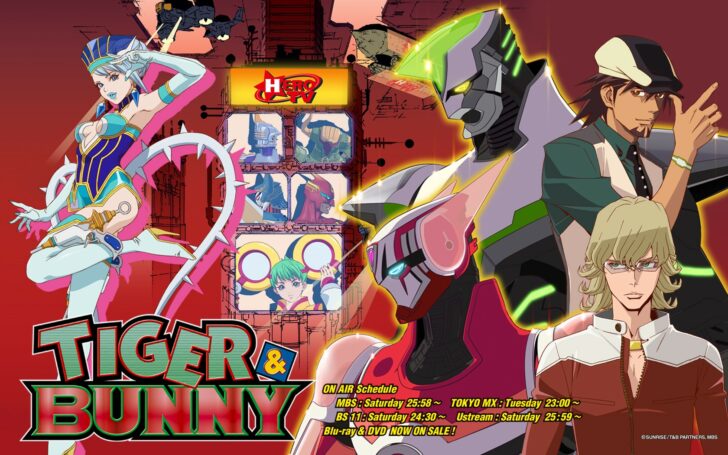 What is the Japanese title of Tiger & Bunny?

In the anime, it simply says ‘Tiger & Bunny’. The producers are allowed to call it whatever they want so it seems that there is no difference between the English and Japanese titles. Since the words ‘Tiger’ and ‘Bunny’ are in English, if you were to write them in Japanese you would write them in katakana as ‘タイガ一 & バニ一’ (Taigā & Banī.) 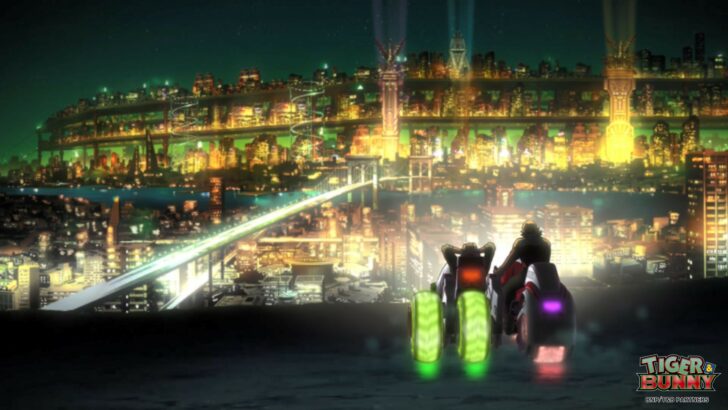 Why is it called Tiger & Bunny?

The two main characters of this series are ‘Wild Tiger’ and ‘Barnaby’. Kotetsu(Wild Tiger) calls his partner ‘Bunny’ because he thinks that Barnaby’s suit looks like it has bunny ears and that ‘Barnaby’ sounds like ‘Bunny’. On the other hand, ‘Tiger’ is short for ‘Wild Tiger’. So the title is basically the nicknames of ‘Wild Tiger’ and Barnaby’. 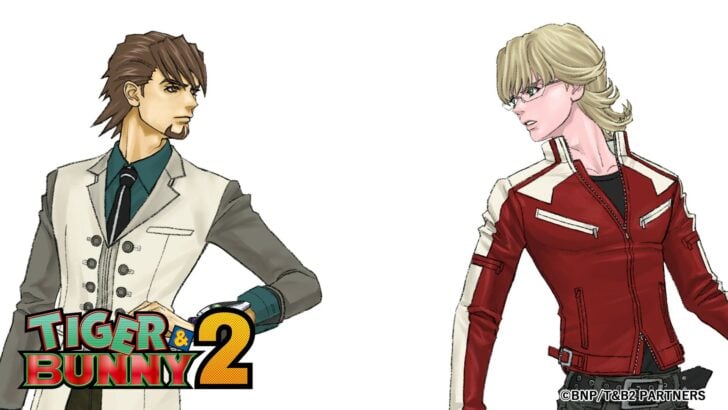 In Japanese culture, names have significant meanings that are supposed to represent you as a person. Names can be expressed in hiragana, katakana, and kanji. Let’s find out the meanings of some names of characters in Tiger & Bunny.

Most of the characters in this series have western names so their names are written in katakana and don’t have meanings. The sounds in Japanese are different from those in English so there are some characters used to make the sound as similar to the English word as possible. 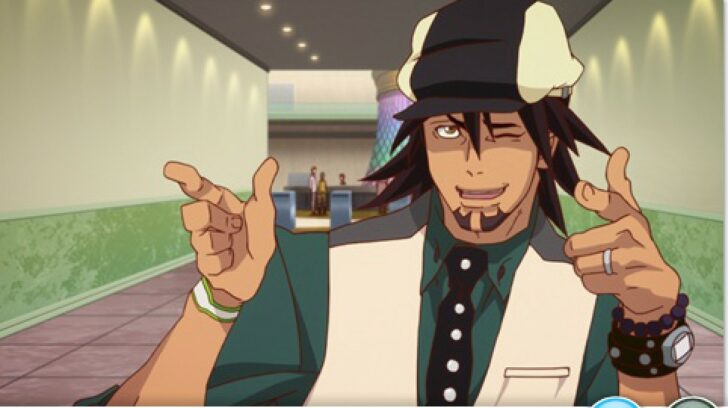 First, let’s start with one of the main characters ‘Kotetsu T. Kaburagi’(虎徹 T. 鏑木) also known as the hero ‘Wild Tiger’(ワイルド タイガー, Wairudo Taigā.) The ‘Ko’(虎) in Kotetsu means Tiger and ‘Tetsu’(徹) means Persistent. ‘Kabura’(鏑) is a part of an arrow called the ‘Kabura-Ya’(鏑矢) which is a Japanese Signal Arrow. In English, it is also known as the ‘Turnip headed arrow’. This arrow makes a special whistling sound and the ‘Kabura’ is the one doing so. ‘Gi’(木) means tree. 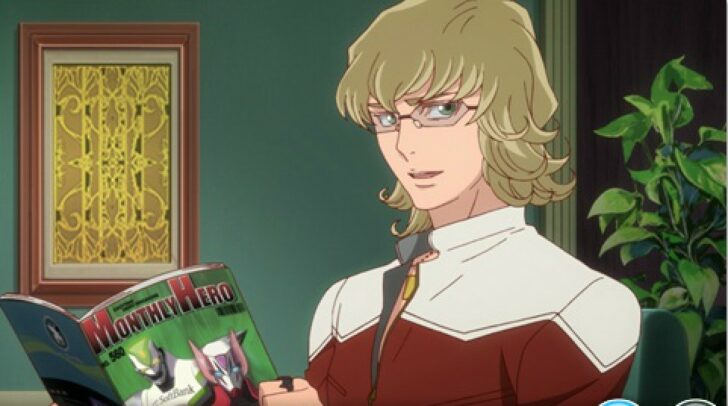 Next is the partner of Wild Tiger, Barnaby(バーナビー) who’s real identity is Barnaby Brooks Jr. There is no ‘Er’ sound so instead you put a ‘ー’, you can also put this to make the character sound longer. So it is ‘バー, Bā’ ‘ナビー, Nabī’. You put a small ‘Tsu’(ッ) to make the sound before shorter and give more emphasis so instead of ‘ブルクス, Burukusu’ it is ‘ ブルックス, Burukkusu’. 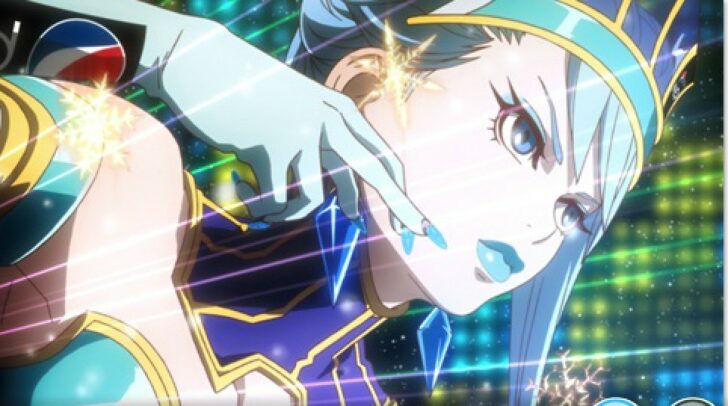 Karina is the only hero who still goes to school. Her hero name is ‘Blue Rose’ (ブルーローズ Burū Rōzu) and she also works as an idol. She advertises the sponsor ‘Pepsi Nex’. Karina (カリーナ) is read as ‘Karīna’ and ‘Lyle’ (ライル) is just read as ‘Rairu’. 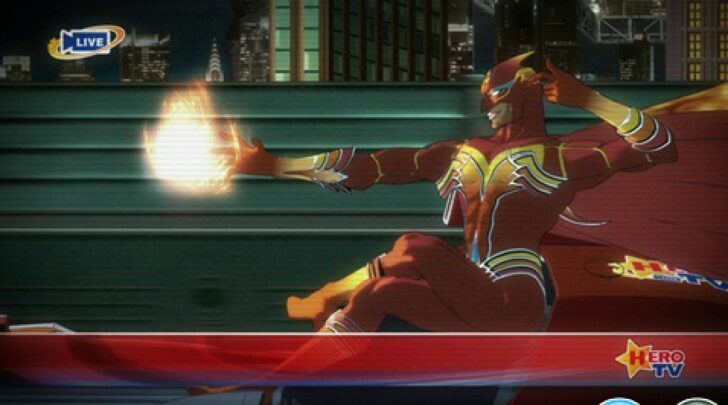 Nathan was born a boy but is a girl at heart. He has fire powers and his hero name is ‘Fire Emblem’(ファイヤーエンブレム, Faiyā Enburemu). Nathan(ネイサン) is read the same but Seymour(シーモア) is read as ‘Shīmoa’.

Let’s learn some of the signature phrases that the heroes say. 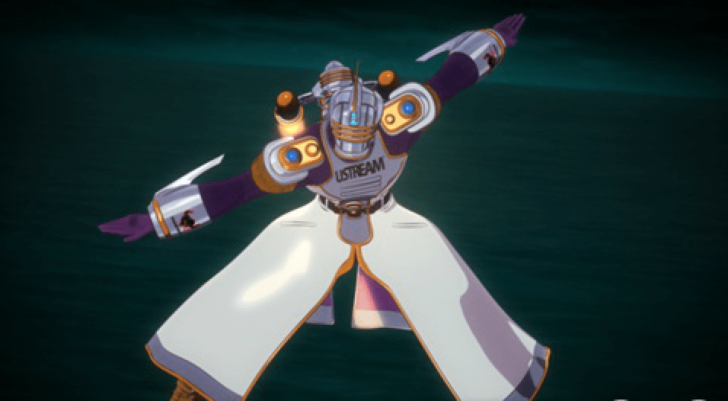 This is hero SkyHigh’s signature phrase. The most popular hero never forgets to thank and appreciate his fans! ‘Soshite’ means and then. 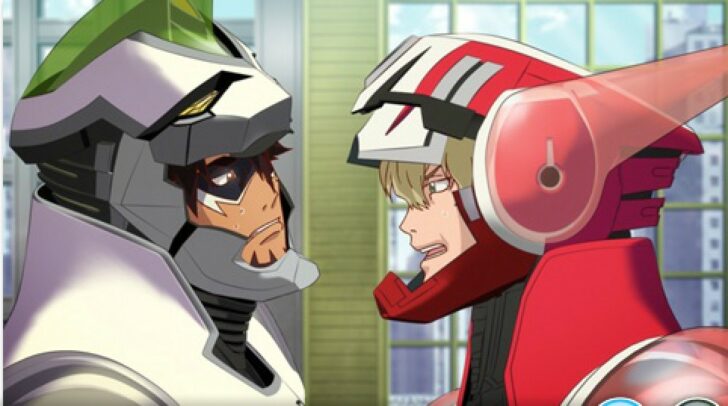 ‘Boku’ is a way to call yourself mostly used for boys, ‘Janai’ means it is not.
You put ‘Desu’ at the end of the sentence to be polite. Whenever Kotetsu teases Barnaby, he gets upset but still never forgets his manners to speak politely!