Yu Yu Hakusho: Ghost Files is a popular battle manga series written and illustrated by Yoshihiro Togashi. Yusuke, a fourteen-year-old teenager who died from a car accident saving a young kid received a second chance to live as a Spirit world detective. Yusuke and his demon assistant Botan starts working on supernatural cases in the human world often caused by the demons from the underworld. His job as a spirit world detective was perfect as Yusuke is naturally fearless and is very aggressive. The battles with the demons make him stronger each time and eventually he finds himself involved in fights between the human world and the underworld. 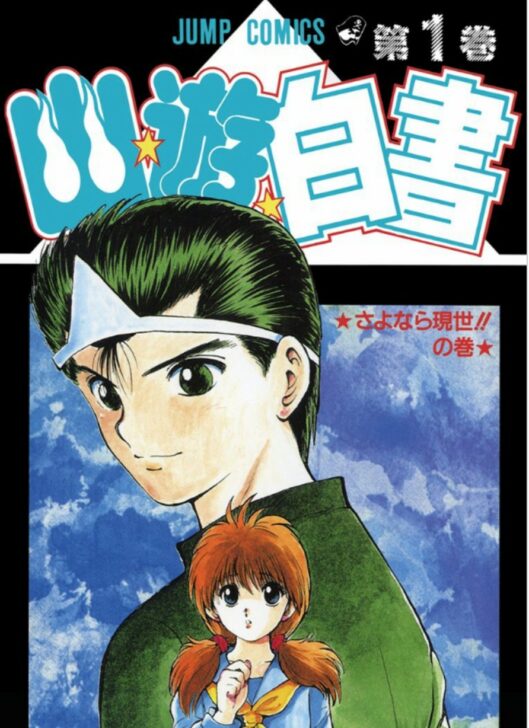 What is the Japanese title of Yu Yu Hakusho: Ghost Files?

Yu Yu Hakusho(幽☆遊☆白書) means ‘Ghost Files’. Though there are two ‘Yu’ in the title, they both have different meanings. The first Yu(幽) which is also used in the main character’s name means ghost and the second Yu(遊) means to play. Hakusho(白書) means a report however the direct translation of each kanji is White(白) Paper(書). 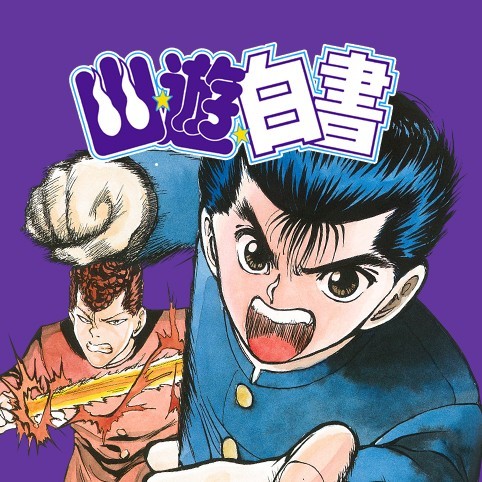 In Japanese culture, names have significant meanings that are supposed to represent you as a person. Names can be expressed in hiragana, katakana, and kanji. Let’s find out the meanings of some names of characters in Yu Yu Hakusho! 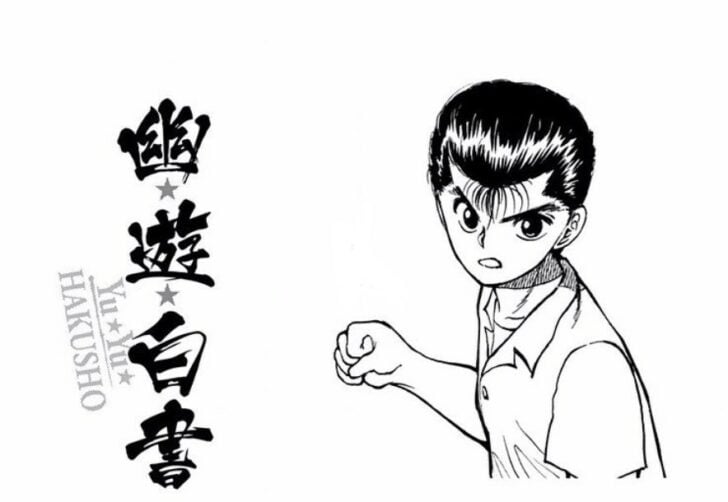 Yusuke is the main character of this exciting series. Yusuke was granted a second life because his death was so unexpected. Also, the fact that his father was a demon allowed this to be possible. ‘Ura’ (浦) means bay, ‘Meshi’ (飯) means meal, ‘Yu’ (幽) means ghost, and ‘Suke’ (助) means help. 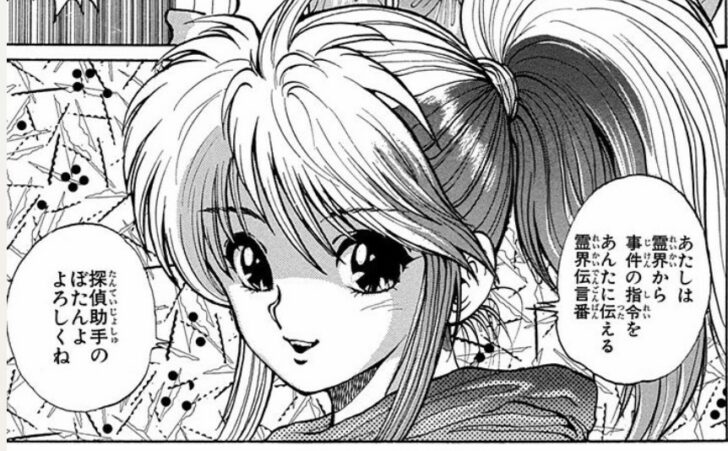 Botan is a spirit who came from the underworld. Her main duty is to pass on messages from Koenma, the son of the king of hell and support Yusuke. Her name means Peony and it is written in Hiragana. 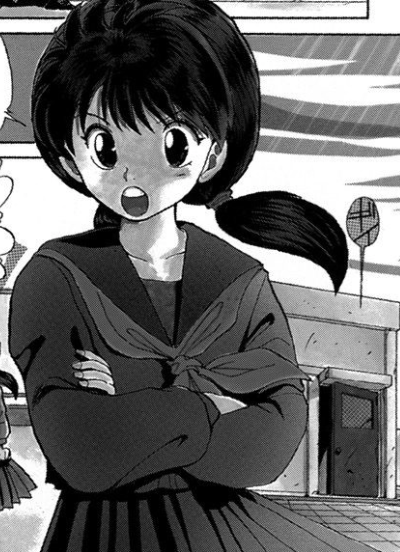 Keiko is Yusuke’s classmate who always cares about him. She is very brave and shows a lot of understanding of what Yusuke does. ‘Yuki’(雪) means snow, ‘Mura’(村) means village, ‘Kei’ (螢) means firefly, and ‘Ko’ (子) means child. 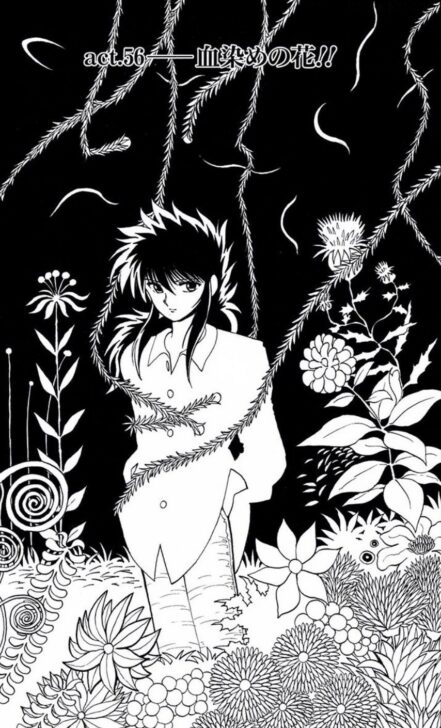 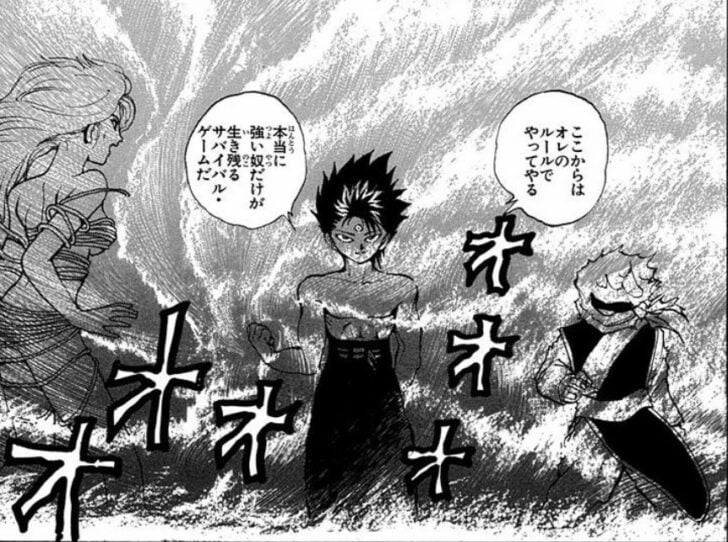 Yusuke has made many friends throughout his journey and Hiei is one of his closest peers. Unlike the tiny appearance, he is a very powerful demon who possesses the power of the dark flames. ‘Hi’ (飛) means to fly and ‘Ei’ (影) is shadow.

Yusuke has learned a lot from his master, Genkai. She is a human but is very strong and also gets along with demons. ‘Gen’ (幻) means illusion, ‘Kai’ (海) means ocean. 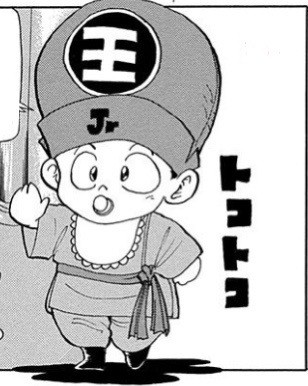 The underworld is ruled by the king ‘Enma Daiou’(閻魔大王) since Enma was very busy he had his son ‘Koenma’ give instructions to Yusuke. ‘Ko’(コ) means little and ‘Enma’(エンマ) means the king of hell, so basically his name is Enma Jr!

Here are some useful phrases from Yu Yu Hakusho which will help you along with your Japanese studies!

This is the Japanese version of the idiom ‘Nothing ventured, nothing gained’. The direct translation is ‘You won’t get the cub unless you go into the tiger’s cave’.

In Japanese, you add the word ‘Senshu’ (which means player) to a sports player or a participant in a competition. ‘Shouri’ means Victory, when you want to say ‘I win!’ you simply say ‘Katta! 勝った!’