Japanese names of characters from “Fist of the North Star”

Fist of the North Star is a well-known martial arts manga series written by Buronson and illustrated by Tetsuo Hara. Sometime in the 1990s, the world had become violence dominated place after the nuclear war that disrupted the globe. Kenshiro was a kind young man who wished to live in peace after surviving the nuclear attack. However, by being betrayed and having his fiancée Yuria abducted by his best friend, Kenshiro decided to reclaim her by using his skills as the 64th successor of the ancient assassination style ‘Hokuto Shinken’ and protecting the weak and innocents along the way. 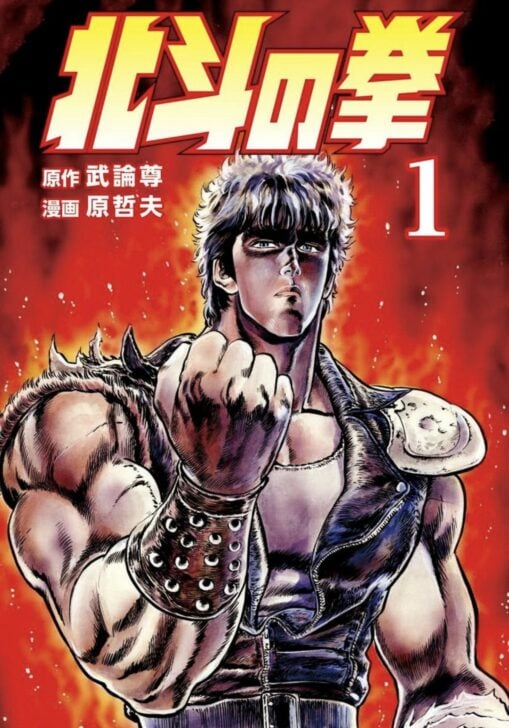 What is the Japanese title of Fist of the North Star?

The Japanese title of Fist of the North Star is called ‘Hokuto no Ken, 北斗の拳’ and it is the direct translation. ‘Hokuto’ is the short form of ‘Hokuto Shichisei, 北斗七星’ which is the seven stars of the North Dipper and ‘Ken, 拳’ means fist. The main character Kenshiro is also known as ‘The man with seven scars’ because of the seven scars that form the shape of the big-dipper on his chest.

In Japanese culture, names have significant meanings that are supposed to represent you as a person. Names can be expressed in hiragana, katakana, and kanji. Let’s find out the meanings of some names of characters in Fist of the North Star. 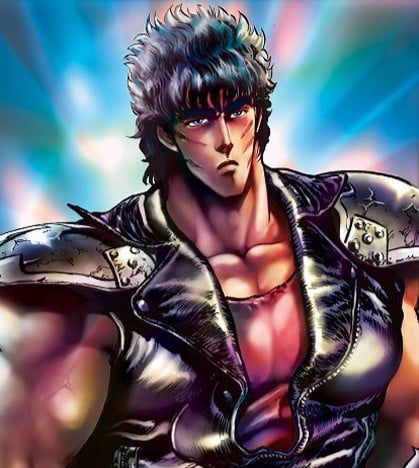 Kenshiro is the youngest of the four Hokuto brothers that were raised by the previous Hokuto Shinken Successor. Despite his incredible power and skills, he loves peace and hates violence. His name is written in Katakana throughout the series, however, his full name is revealed in the next series as Kenshiro Kasumi (霞 拳四郎, Kasumi Kenshirō). ‘Kasumi’(霞) means haze, ‘Ken’(拳) is fist, ‘Shi’(四) is four, and ‘Rou’(郎) is a common ending for boys names.

Being the eldest of the four Hokuto brothers, Raoh was full of confidence and was certain that he would be the next Hokuto Shiken successor. When he learned that Kenshiro was the one chosen he murdered his master and left his brothers. His name Raoh is written in Katakana but the origin of this name is ‘Shura’(修羅) which means a devil and ‘Ou’(王) a king. So, the ‘Ra(羅) together with ‘Ou’(王) makes his name, Raoh(羅王.) 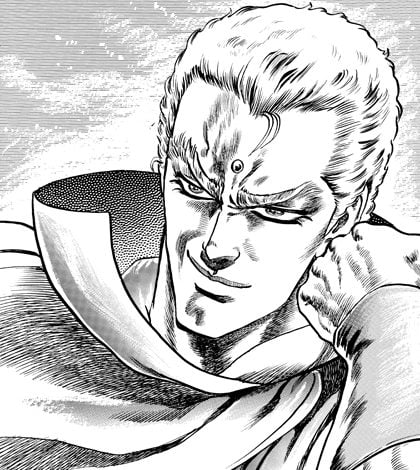 Souther is the successor of the deadly martial art ‘Nanto Houou Ken, 南斗鳳凰拳’ which in English is ‘The southern dipper phoenix fist’. He is an ambitious man who has a strong desire to conquer the world. His name is written in Katakana so the meaning is unknown but it came from the word ‘South’. 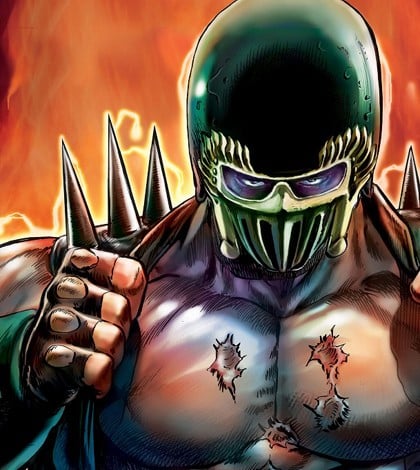 Jagi, the third of the four Hokuto brothers, has a severe hatred towards Kenshiro. He strongly disagreed with his master’s decision and attempted to murder Kenshiro but instead got defeated resulting in serious injury. Since then wears an iron mask to hide his disfigured head and is finding a way to destroy Kenshiro. Jagi’s name is written in Katakana and came from the word ‘Jaki’(邪気) which means maliciousness.

Here are some useful phrases from Fist of the North Star that will help you along with your Japanese studies! 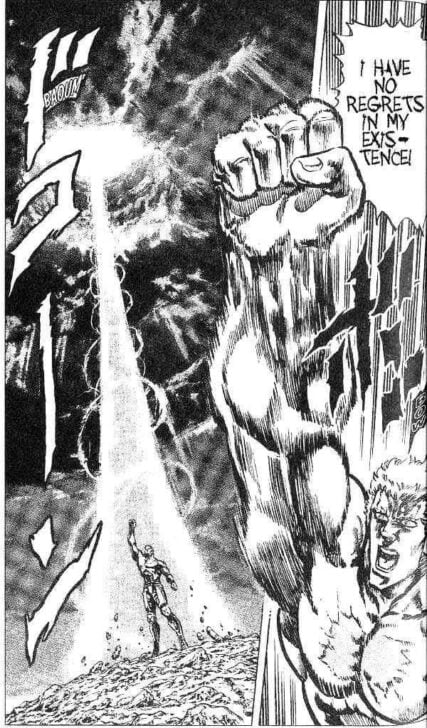 This is Kenshiro’s signature phrase and always says it when he defeats his enemies. His skill and power allow him to kill his opponents even before they realize it.
‘Omae’(お前) is an impolite way to call a person, ‘Mou’(もう) means already and ‘Shindeiru’(死んでいる) is dead.