JoJo’s Bizarre Adventure is a popular manga series written and illustrated by Hirohiko Araki. This is a long-running series featuring the generations of the Joestar family. ‘JoJo’ is the nickname of each protagonist in the series. It all started in the 19th century when the prestigious Joestar family adopted a young boy called Dio Brando. Dio secretly conspires to take over the Joestars however his plan was deterred by Jonathan Joestar, the son of the Joestar family, and the main character of the first season. Dio then turns into a vampire with the power of the cursed stone mask. Jonathan and Dio’s fight continues even after Jonathan’s death and the story continues to his grandson Joseph Joestar. 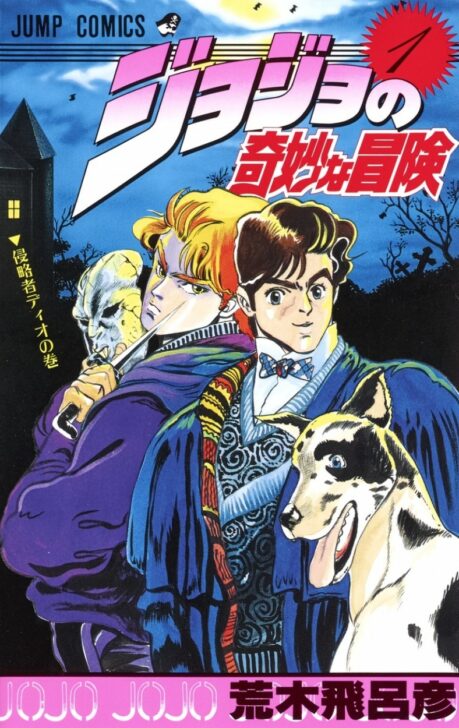 What is the Japanese title of JoJo’s Bizarre Adventure?

The Japanese title of JoJo’s bizarre adventure is called ‘ジョジョの奇妙な冒険'(JoJo no kimyō na Bōken) and this is the exact translation. ‘JoJo’ is the nickname of the Joestars and is written in Katakana because the characters have an English name such as ‘Jonathan Joestar’, and ‘Joseph Joestar’. ‘奇妙な Kimyouna’ means Bizarre and ‘冒険 Bouken’ is an adventure. 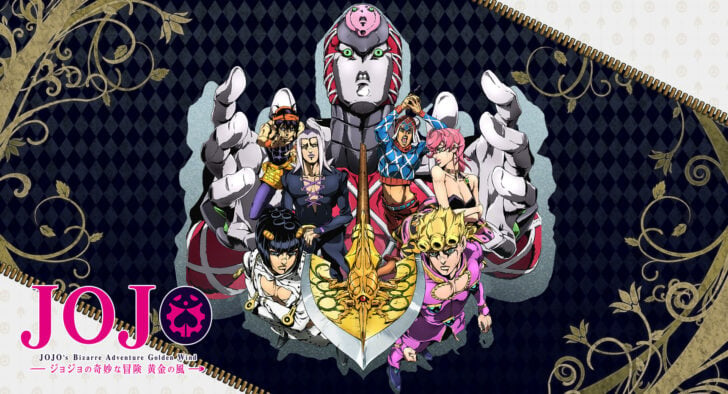 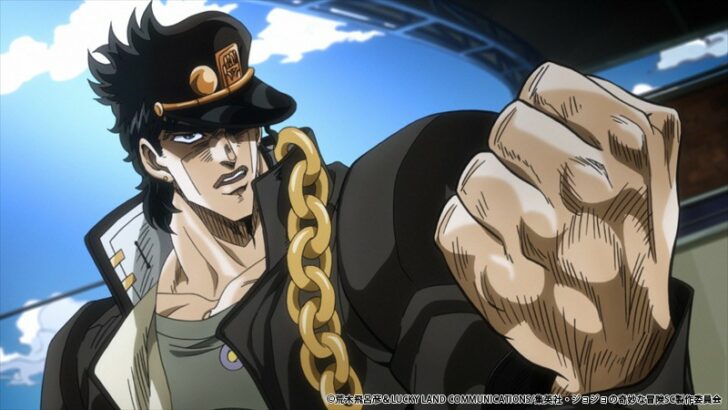 Jotaro is the grandson of Joseph Joestar (main character of series 2) and the main character of JoJo’s bizarre adventure series 3. Jotaro sets off to Egypt where the immortal Dio hides. ‘Ku'(空) means air and ‘Jyo'(条) means category. The ‘Jyo'(承) in his first name means to accept and ‘Taro'(太郎) is a common word for a boys’ name which can be used alone or at the end. 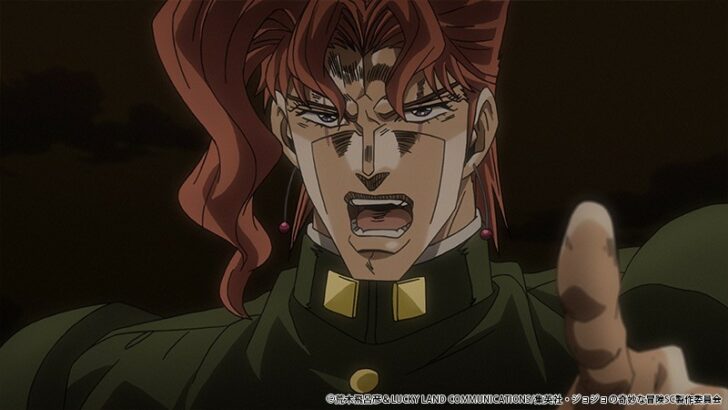 Noriaki is a transfer student who came to assassinate Jotaro but later revealed that he was possessed by Dio. ‘Ka'(花) means flower, ‘Kyo”(京) means capital, ‘In'(院) itself means an enclosed building surrounded by the fence, however, it is usually combined with other kanji to make words such as, ‘byouin’(病院) which is a hospital, ‘Jiin’(寺院) which is a temple, and ‘Gakuin’(学院) an institution. ‘Nori'(典) means ritual and ‘Aki'(明) is bright. 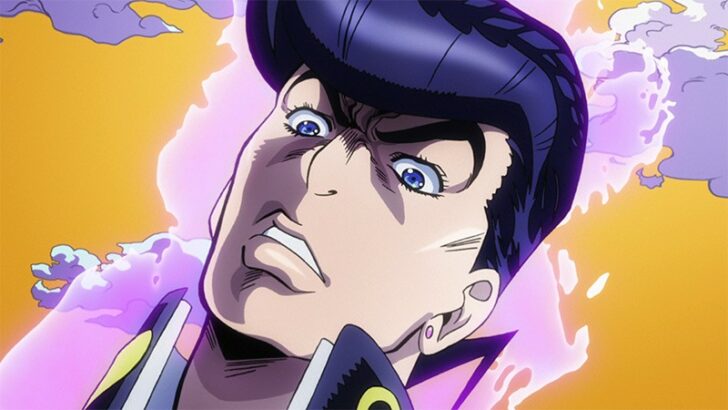 Josuke, the main character of JoJo’s bizarre adventure part 4, fights to protect the peace of Moriou town. ‘Higashi'(東) means east, ‘Kata'(方) means side, ‘Jyo'(仗) is a cane and ‘Suke'(助) means help and has been one of the typical endings for boys name since long ago. 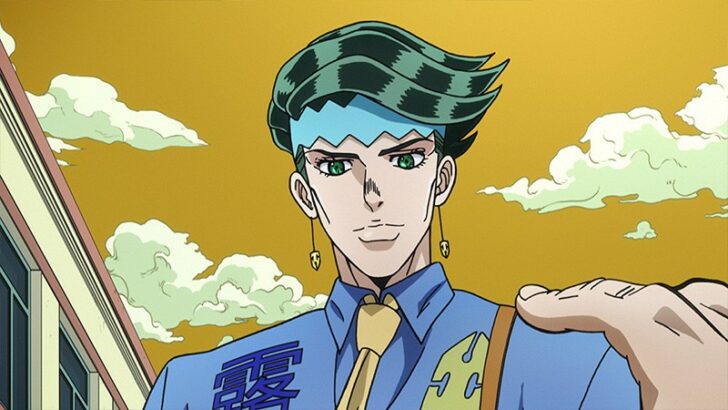 Rohan is a famous manga writer who lives in Moriou town. He has a special ability to turn people into a book and ready their memory. ‘Kishi'(岸) means shore, ‘Be'(辺) means side, ‘Ro'(露) is a dewdrop, and ‘Han'(伴) means companion.

Here are some useful phrases from JoJo’s Bizarre Adventure that will help you along with your Japanese studies! 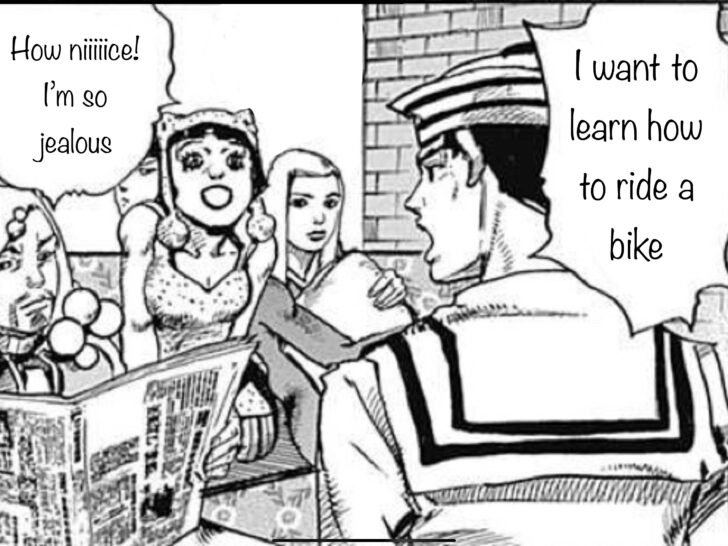 ‘Unten’ means to drive and ‘Narau’ is to learn. When you want to do something you say ‘Shitai’ and it can be combined with many words.

Some examples combined with ‘Shitai’

‘iina’ means nice and is used when you envy something. 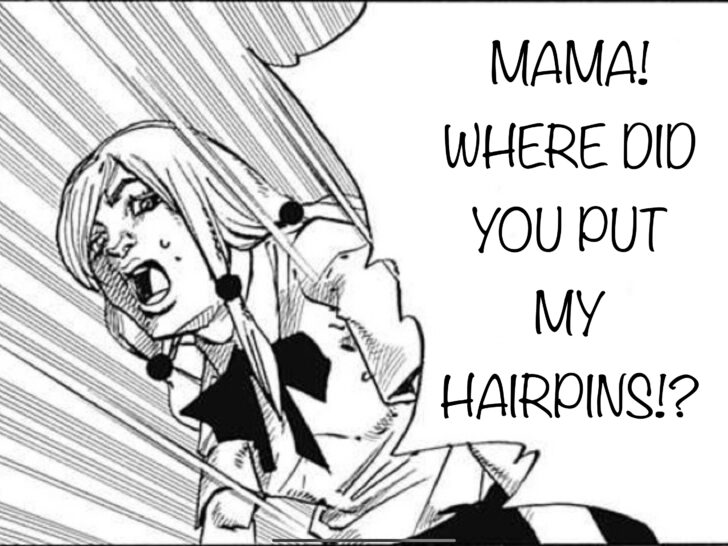 ‘Atashi’ is a way to call yourself mostly used by girls. ‘Kami’ is hair and ‘Dome’ means to stop, when it’s combined it becomes ‘Kamidome’ which is Hairpin. When you want to ask ‘where did you put it’ you can say ‘Doko e yattano?’ 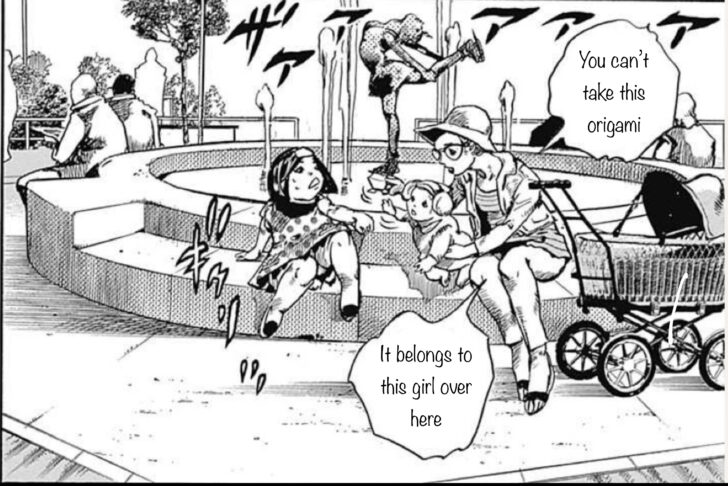 ‘Origami’ is a traditional Japanese papercraft. ‘Dame’ means No. She wants to sound gentle and soft when speaking to a baby so she adds ‘Yo’ or ‘Desuyo’ at the end of the sentence. ‘Onēsan’ means older sister and is also used to call a young girl.
‘Kono’ is this, and ‘Kochira’ means here or this person.