Sword Art Online, a popular anime adaptation of a long-running novel series written by Reki Kawahara. Kazuto was one of the 10,000 players of the newly released online game called ‘Sword art online’. One day, the creator of the game appears in front of the players to announce that they were trapped in the virtual world. The only way to get back to reality was to beat all 100 levels of the steel castle ‘Aincrad’ and defeat the last boss. If you die in the game you will not be able to leave the virtual world which meant death in real life. So Kazuto had no choice but to fight for his life and survive the crazy death game. 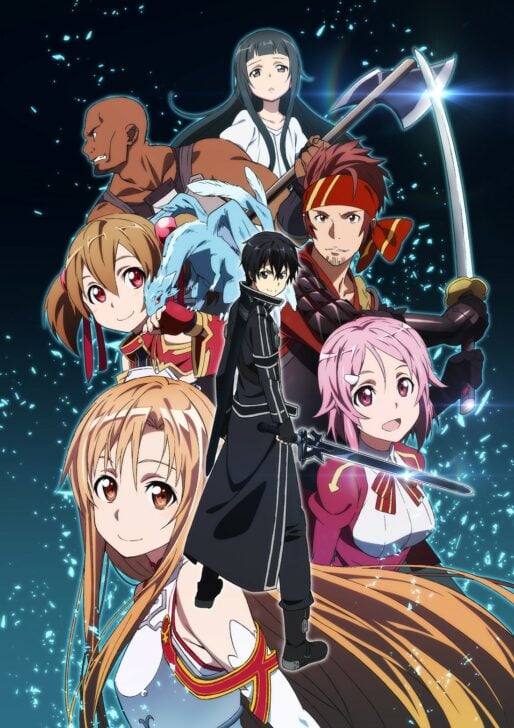 What is the Japanese title of Sword Art Online?

The Japanese title is ‘Sword Art Online’ but it is written in Katakana ‘ソードアート・オンライン’ because they are English words. 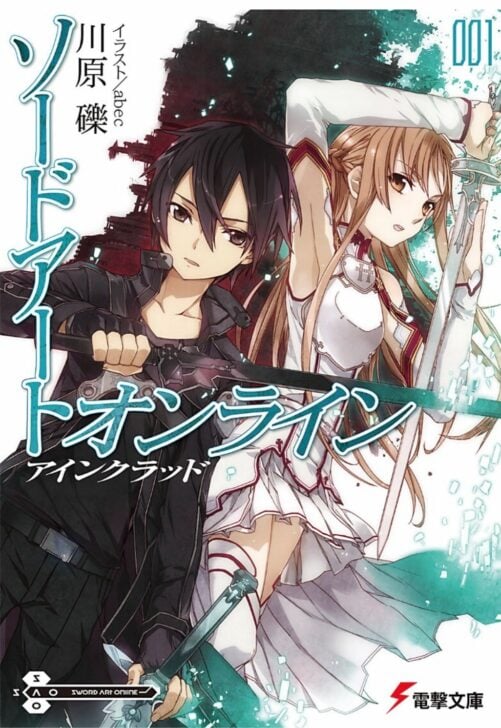 In Japanese culture, names have significant meanings that are supposed to represent you as a person. Names can be expressed in hiragana, katakana, and kanji. Let’s find out the meanings of some names of characters in Sword Art Online! 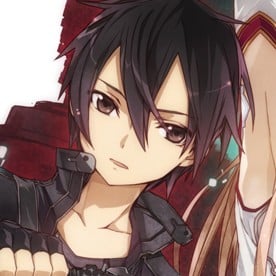 Kazuto, the main character of the series takes the name ‘Kirito'(キリト) online. He is usually quiet and shy but in the virtual world, he is one of the strongest characters and was the first one to defeat the boss on floor 1. ‘Kiri’(桐) is a kind of wood often used for furniture, ‘Ga’(ヶ) is a small Katakana-like letter which has no meaning itself but often used to connect two letters, ‘Ya’(谷) is a valley, ‘Kazu’(和) means peace and ‘To’(人) is a person. 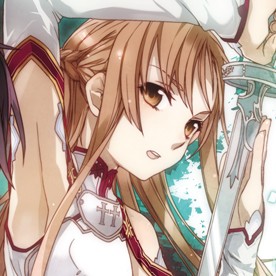 Asuna was a new member of the ‘Sword Art Online’ game when she was trapped in the virtual world. ‘Yu’(結) means to connect, ‘Ki’(城) is a castle, ‘A’(明) is bright, ‘su’ (日) is day and when you combine the two it becomes ‘Asu’(明日) tomorrow and ‘Na’(奈) is a popular kanji for a girl’s names. Her online name is Asuna ‘アスナ’ in Katakana. Interested in this name? Here are more kanji for the name Asuna. 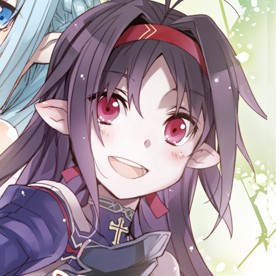 Yuki, one of the main characters from Sword Art Online book 7. She is the tester of the experimental medicuboid and has been living in the virtual world for the past three years. ‘Kon’(紺) is dark blue, ‘No’(野) is a field, ‘Yu’(木) is a tree, ‘U’(綿) is cotton, and ‘Ki’(季) means season. Her online name is ‘Yūki’(ユウキ) written in Katakana. Like this name? Here are more kanji for the name Yuki. 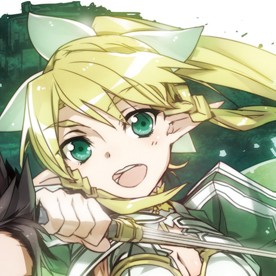 Suguha, known as Leafa(リーファ) in the game started playing Sword Art online to understand the world her brother Kazuto loves. ‘Sugu’(直) means straight and ‘Ha’(葉) is a leaf. Interested in this name? Here are more kanji for the name Suguha. 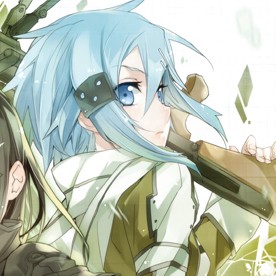 Shino is one of the strongest players in the virtual reality world. Her online name is Shinon(シノン). ‘Asa’(朝) is morning, ‘Da’(田) is paddy puddle, ‘Shi(詩)’ is a poem and ‘No’(乃) is a popular kanji used for the end of a girl’s names.

Here are some useful phrases from Sword Art Online which will help you along with your Japanese studies! 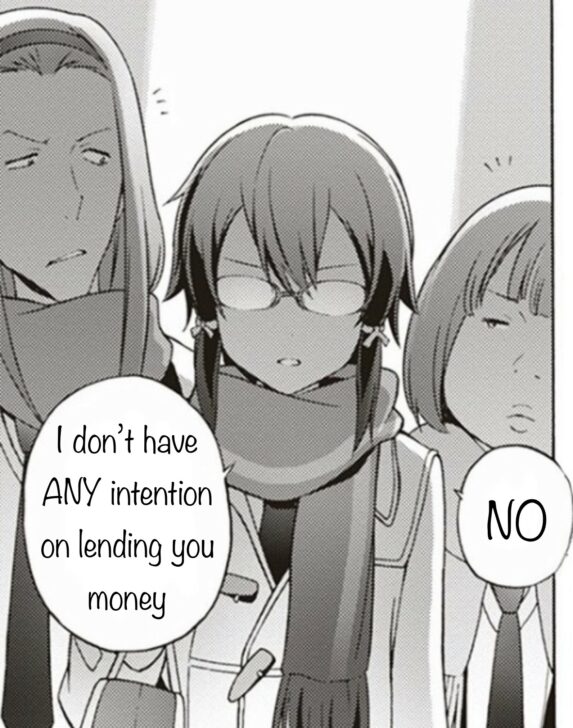 ‘Iya’ means ‘No’, ‘Anata’ means ‘You’, ‘Okane’ or ‘Kane’ is’ ‘Money’, ‘Kasu’ is to ’Lend’, and ‘Kiwanai’ means ‘No intention’. If you want to tell someone that you do not want to lend something to them, you can swap ‘Okane’ with another word to tell them you don’t want to share that thing. For example: 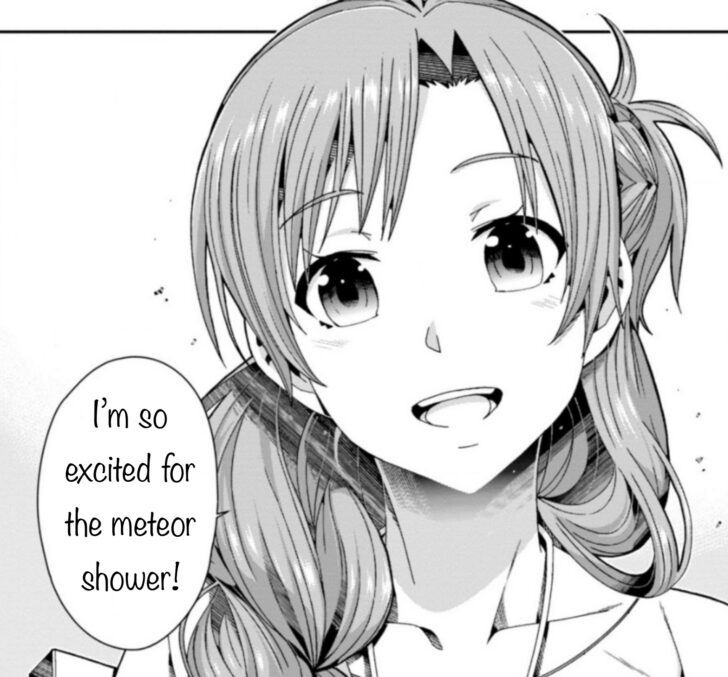 ‘Tanoshimi’ means excited or looking forward to, and you put ‘dane’ which means ‘right?’ at the end of a sentence to ask if the other person agrees with you. You can also simply put ‘Ne’ which means the same thing. 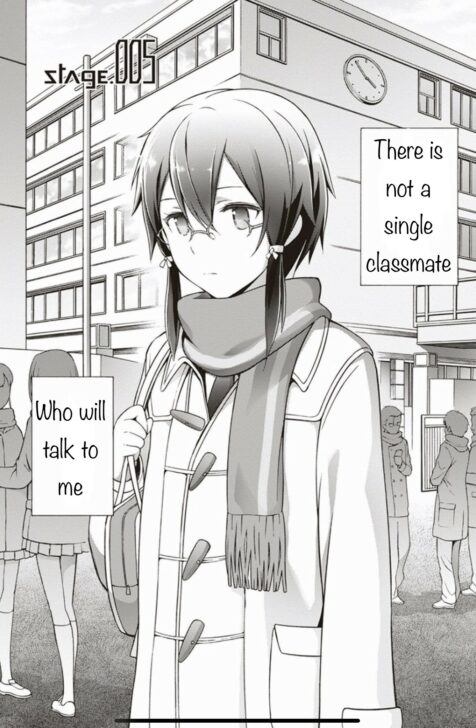 ‘Watashi’ is a formal way of calling yourself for ladies and men. ‘Doukyuusei’ is classmate, you can also say ‘Kurasu meito’(クラスメイト). ‘Issai’ means not even one or never.