Tokyo Ghoul is a story written and illustrated by Sui Ishida about an ordinary human named Kaneki who turns into a ghoul. Kaneki gets involved in an accident with a ghoul named Rize. Rize dies but Kaneki gets saved by her healthy organs which transforms him into a ghoul. After Kaneki‘s tough experience he works hard to create peace between humans and ghouls. 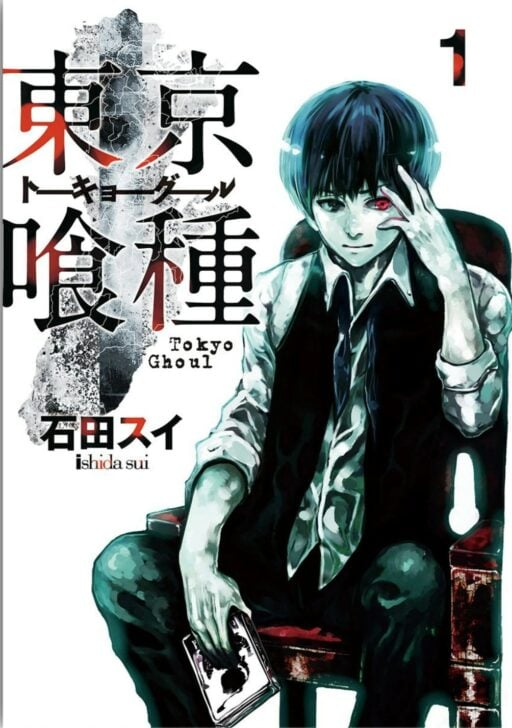 What is the Japanese title of Tokyo Ghoul?

The English title is exactly the same as the Japanese title ‘東京喰種’(read, Tōkyō Gūru) since it is already in English. However if you want to go into detail, Tokyo(東京) is just read as Tokyo but Ghoul(喰種) is actually written with two kanji’s which means Devour(喰, read Ku) and Species or Seed(種, read Shu or Tane.) 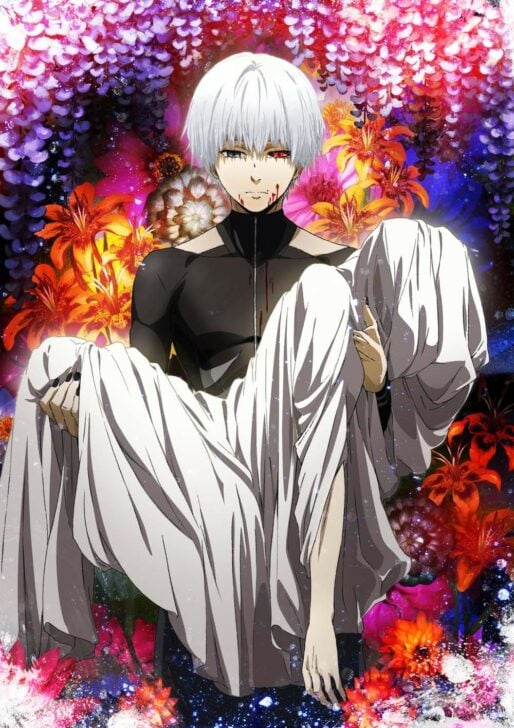 Why is it called Tokyo Ghoul?

This story is called ‘Tokyo Ghoul’ because it involves Ghouls, which are beings who have no choice but to feed on humans. The main characters who are also ghouls live in peace and don’t kill to eat. On the other hand, the normal ghouls kill people on a daily basis to survive. Also, the setting of this thrilling story is in Tokyo, Japan.

In Japanese culture, names have significant meanings that are supposed to represent you as a person. Names can be expressed in hiragana, katakana, and kanji. Let’s find out the meanings of some names of characters in Tokyo Ghoul. 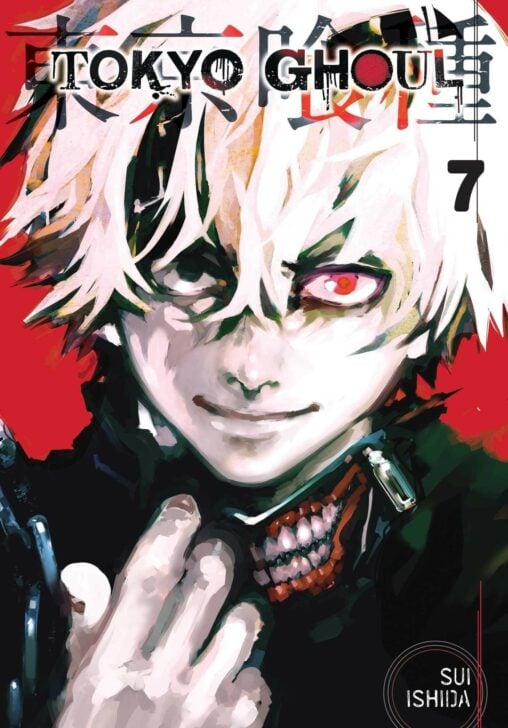 Let’s start with the main character Kaneki(金木) Ken(研.) Kaneki is a kind and caring boy who is half-human and half-ghoul. ‘Kane’(金) means gold or money and ‘Ki’(木) means tree. Ken(研) means to hone. 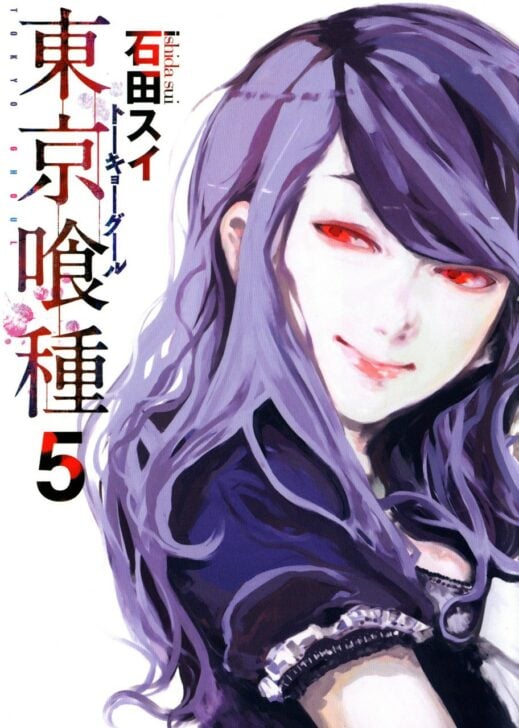 Next is the ghoul who ruined Kaneki’s life, Kamishiro(神代) Rize(利世.) It all started on Kaneki’s date with Rize when she bit Kaneki revealing that she was a ghoul. ‘Kami’(神) means god and ‘Shiro’(代) means substitute. ‘Ri’(利) means benefit and ‘Ze’(世) means world. ‘Ze’(世) can also be read as ‘Se’. 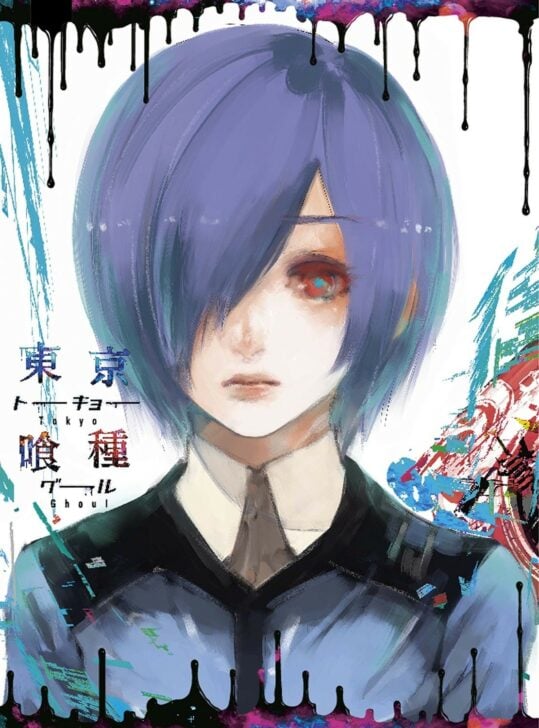 Let’s look into one of Kaneki’s friends, Kirishima(霧嶋) Touka(董香.) She acts seriously and always puts on a brave face but the truth is she actually really cares for her friends and has a soft side. ‘Kiri’(霧) means fog and ‘Shima’(嶋) means island. ‘Tou’(董) means to manage and the ‘Ka’(香) means fragrance. 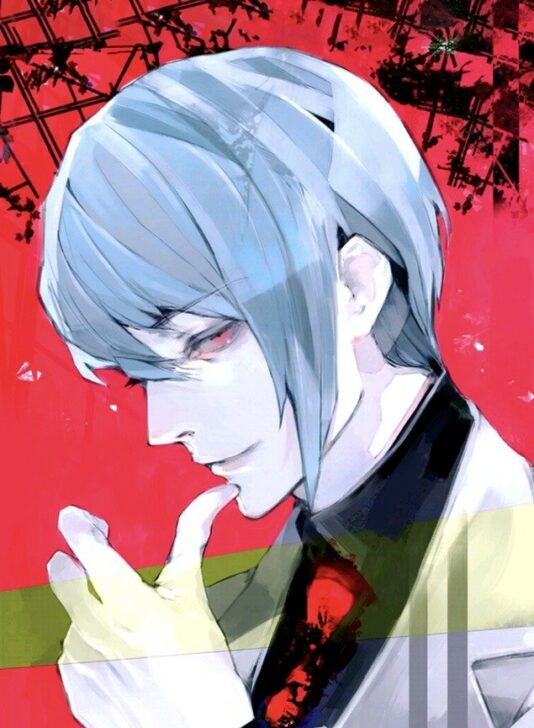 Last but not least Tsukiyama(月山) Shuu(習.) Tsukiyama is a ghoul who only feasts on the tastiest and special humans. So because Kaneki’s half-ghoul and half-human Tsukiyama is obsessed with eating Kaneki. ‘Tsuki’(月) means moon and ‘Yama’(山) means mountain. ‘Shu’(習) means to learn.

Here are some useful phrases from Tokyo Ghoul which will help you along with your Japanese studies!

You say ‘Okure mashita’(遅れました) when you are late and you say ‘Sumimasen’(スミマセン) to apologize for being so. These phrases are more commonly used at school or work.

Use this phrase to show others your resilience. Never give up and tell everyone that you will work hard by saying ‘Ganbarimasu’(がんばります!)

‘Koko’ means here. ‘Makasete’ means leave it to me but you can add ‘kudasai’ at the end to make it more polite especially when you are talking to a senior! 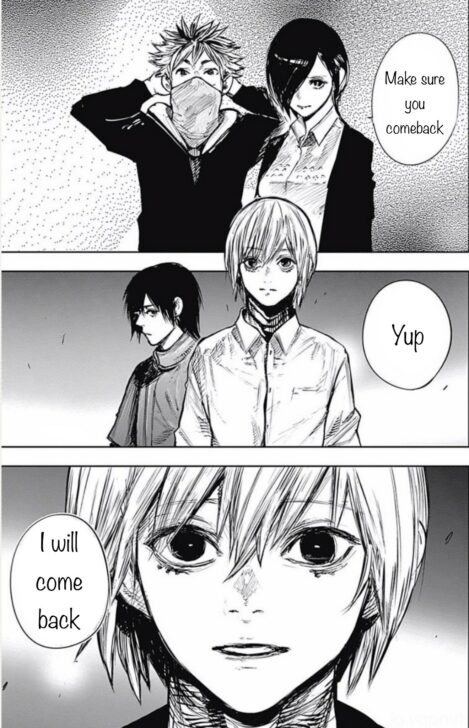 ‘Kaette’ means go back. ‘Kite’ is to ask someone to come and ‘Kuru’ is coming.